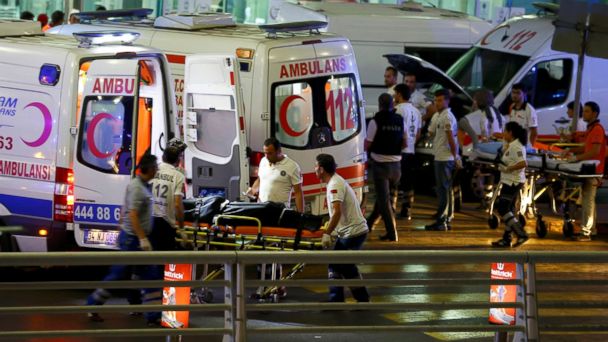 The deadly terrorist attack at Istanbul's airport, the 11th largest airport in the world and 3rd largest in the European Union, occurred Tuesday, June 28th.

Turkey has played a major role in the U.S.-led coalition to defeat ISIS. Turkey currently allows U.S. warplanes stationed at Incirlik Air Base in southern Turkey to bomb ISIS targets in neighboring Iraq and Syria. There are Turkish troops stationed in Iraq, and the country aides groups who face ISIS in both Iraq and Syria.

Like our ally Turkey, it is time for Americans to stand up in the battle against radical Islamic terrorism and demand that our nation’s leaders make defeating ISIS and ALL other terror groups a top priority. Confronting radical Islamic terrorism is a critical national security issue for the U.S. as ISIS and other groups continue to attack innocent civilians worldwide.

Click here to sign a letter demanding our leaders take a stand against radical Islamic terrorism at home and abroad.