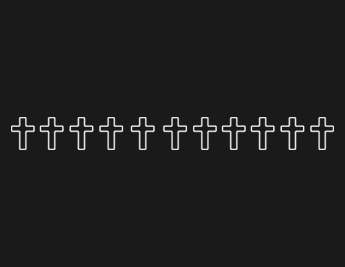 
Who will protect Nigeria’s northern Christians?

Another day in northern Nigeria, another Christian village reeling from an attack by the Muslim Fulani herdsmen who used to be their neighbours — and who are now cleansing them from the area. The locals daren’t collect the freshest bodies. Some who tried earlier have already been killed, spotted by the waiting militia and hacked down or shot. The Fulani are watching everything closely from the surrounding mountains. Every week, their progress across the northern states of Plateau and Kaduna continues. Every week, more massacres — another village burned, its church razed, its inhabitants slaughtered, raped or chased away. A young woman, whose husband and two children have just been killed in front of her, tells me blankly, ‘Our parents told us about these people. But we lived in relative peace and we forgot what they said.’

For the outside world, what is happening to the Christians of northern Nigeria is both beyond our imagination and beneath our interest. These tribal-led villages, each with their own ‘paramount ruler’, were converted by missionaries in the 19th and 20th centuries. But now these Christians — from the bishop down — sense that they have become unsympathetic figures, perhaps even an embarrassment, to the West. The international community pretends that this situation is a tit-for-tat problem, rather than a one-sided slaughter. Meanwhile, in Nigeria, the press fails to report or actively obscures the situation. Christians in the south of the country feel little solidarity with their co-religionists suffering from this Islamic revivalism and territorial conquest in the north. And worst of all, the plight of these people is of no interest to their own government. In fact, this ethnic and religious cleansing appears to be taking place with that government’s complicity or connivance.

Every village has a similar story. A few days before any attack, a military helicopter is spotted dropping arms and other supplies into the areas inhabited by the Fulani tribes. Then the attack comes. For reasons of Islamic doctrine, the militia often deliver a letter of warning. Then they come, at any time of night or day, not down the dirt tracks, but silently through the foliage. The Christian villagers, who are forbidden to carry arms (everyone is, in theory), have no way to defend themselves. With some exceptions, they also tend to believe what they were taught about turning the other cheek.

The village of Goska was attacked on Christmas Eve. In a temporary shelter nearby, a young man describes how he ran towards his home when he heard the attack start. There he found his mother lying dead on the floor. Uniformed Fulani militia were everywhere. He fled across the fields: ‘I ran and ran until I realised my feet could not carry me any longer.’ The first bullet that hit him passed through the sole of one foot; the second through the back of the other leg with that clean felt-tip mark Kalashnikov bullets make on entry. The exit wounds are less neat —the second exploded out through his right kneecap. On the ground, he realised why he could no longer run, but also that he was still alive. ‘My day was not over,’ he says, brushing his hand across his better leg.

Across the surviving Christian villages of the north, thousands have been killed and hundreds of thousands have been displaced. In those villages and the IDP (Internally Displaced Persons) camps to which many have fled, you can see the same wounds from the same bullets. In the remote village of Sho, where the attacks have been going on since 2001, a girl of 12 — in her Sunday best — embarrassedly shows me the scars of the bullet which entered and exited her elbow recently while she played behind her house.

An eight-year-old girl balances on one foot to point out the bullet wound on the other, a hallmark of the snipers sitting in the hills around us. Villages have been persuaded to keep records of the attacks to show anyone who cares. One of the very few from outside who does — Britain’s own Baroness Cox — came here recently. Her vehicle was spotted by the Fulani, who came out hunting for her and only just missed their target. Because of attacks like this, almost nobody comes. Just one more reason why these atrocities do not attract the West’s attentions.

The task of chronicling the outrages continues nonetheless. Village leaders keep ring-binders of their dead. Some have photo-graph albums of what their villages have been through: old women set alight; young women raped and shot; babies hacked to death.

The Nigerian government, led by a Fulani president — Muhammadu Buhari — clearly does not wish to protect these people. Even more than under Buhari’s incompetent Christian predecessor, the army fails to perform its most basic duties. As you get into the more dangerous and remote areas, sullen young soldiers at army road blocks hustle you for cash at gunpoint.

A villager takes me to the bridge where the village leader and 13 others were recently gunned down in a Fulani ambush. Nigerian army troops watched the whole thing from their base a couple of hundred yards away — just as they did the destruction of another Christian village, the remains of which sit, burned out and silent, right opposite them. The army seems to have no interest in protecting the Christians, while the government in Abuja appears to care more about passing new laws on cattle-rustling than on protecting human lives. When challenged after a massacre, soldiers often claim that they didn’t receive any orders — or had been commanded not to intervene.