In a major victory in the war on terror and a blow to Iran’s warfighting capabilities, top Iranian general and designated terrorist Qasem Soleimani was killed in an airstrike by U.S. forces overnight. The strike took place at the Baghdad airport, where Suleimani was working with Iranian backed Shia militia leaders in Iraq to plot further attacks against U.S. forces and allies throughout the Middle East. Also killed in the attack was Abu Mahdi al-Muhandis, leader of the Popular Mobilization Forces, a group of militias in Iraq that operated with Iran’s backing against U.S. forces in the country.

Who was the terrorist mastermind? Here are some fast facts. 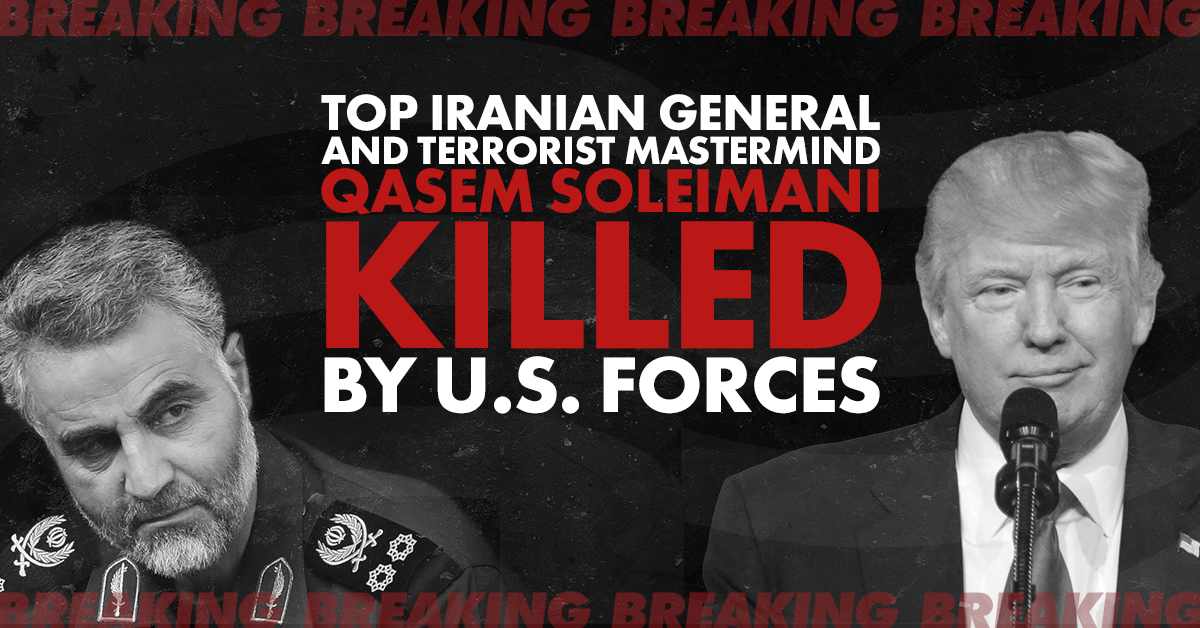 The significance of Soleimani’s death cannot be understated. He was personally responsible for the deaths of thousands and the suffering of countless more. America and the world are safer today now that he is dead. This will also act to send a message of deterrence to would-be enemies of the United States, our country and our President will not sit idly by as American lives are at risk. A major victory in the war on terror!

PRESIDENT TRUMP IS MAKING AMERICA AND THE WORLD SAFER, DONATE $3 TO HELP US SUPPORT HIS STRONG NATIONAL SECURITY AGENDA