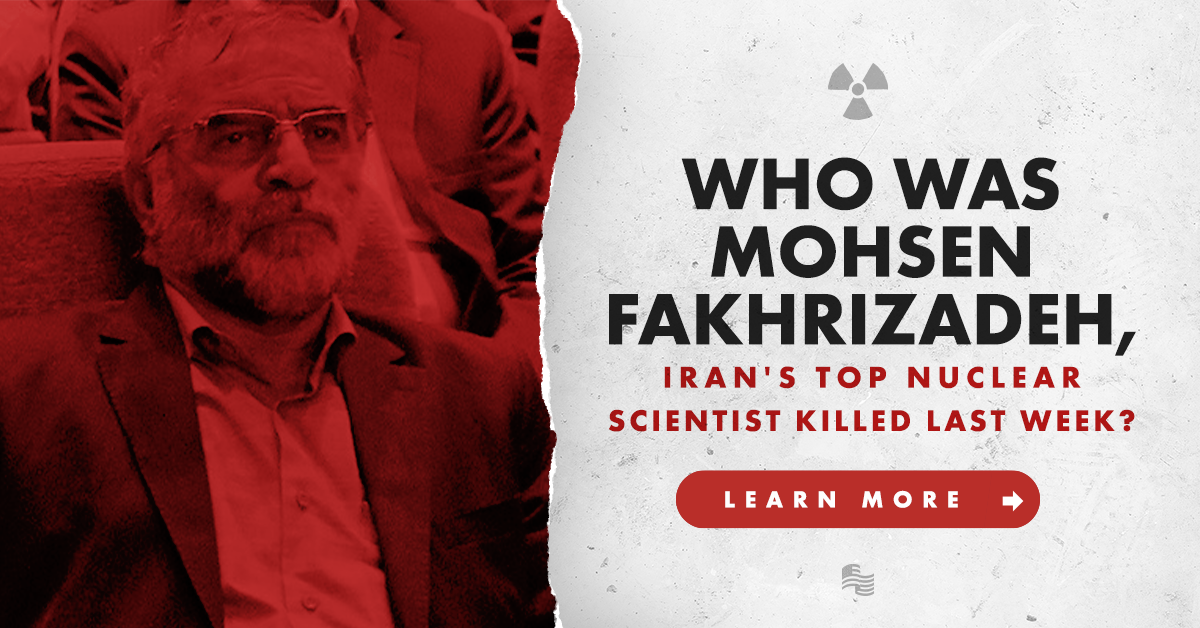 Late last week, reports emerged of the assassination of Mohsen Fakhrizadeh, Iran's Chief Nuclear Scientist. While specifics remain unconfirmed, reports indicate that Fakhrizadeh's convoy was traveling to a compound east of Tehran when machine guns opened fire on his vehicle, killing him and multiple members of his security team. While no country has yet claimed responsibility for the assassination, there is much speculation around Israel. The Jewish state has been behind many high profile assassinations and covert operations around the globe in recent decades.

While nobody knows exactly who was responsible for this killing, the world owes them a debt of gratitude, as Iran's nuclear weapons program threatens not just Israel and The United States, but global stability. Iran is the leading state sponsor of terrorism and cannot be allowed to achieve nuclear capabilities, and this blow will set them back significantly.