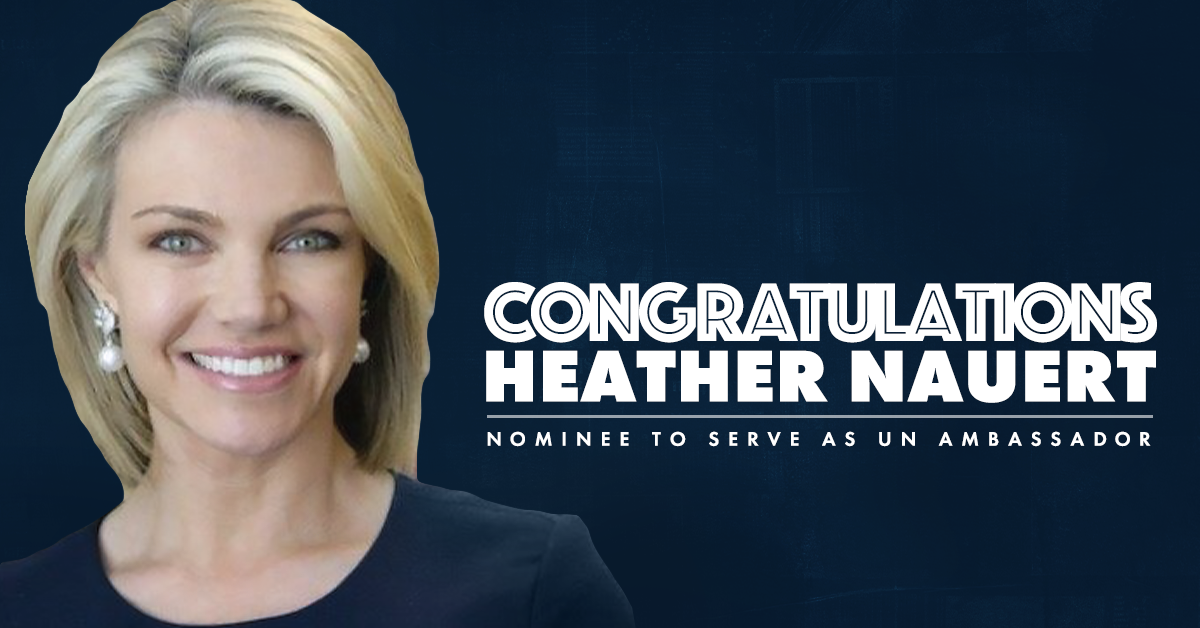 
Who is Heather Nauert? 3 things to know about Trump's pick for UN ambassador

President Trump has picked Heather Nauert, the State Department’s spokeswoman, as the next ambassador to the United Nations.

If confirmed, Nauert,48, will replace Nikki Haley, who announced in October she would resign at the end of the year.

Nauert’s nomination, which had been widely expected, was confirmed by Trump on Dec. 7. He called her “very talented” and predicted she will be “respected by all.”

Nauert will face a full plate at the United Nations, with Iran and North Korea and other issues dominating the U.S. agenda there. Further, she will confront a stream of anti-U.S. and anti-Israel rhetoric at the world body — something Haley constantly pushed back against during her tenure.

To take over the Cabinet role, Nauert will need to be confirmed by the Senate.

She’s worked in the State Department since 2017

Nauert has served as the State Department’s spokeswoman since April 2017 — and it reportedly wasn’t all happy times. According to The Associated Press, Nauert’s relationship with former Secretary of State Rex Tillerson was strained.

But her relationship with current Secretary of State Mike Pompeo appears to have been better. A senior administration official told Fox News Nauert has traveled more than 155,000 miles on 26 international trips — the majority with Pompeo.

She was once the highest-ranking woman at the State Department

After Tillerson’s departure, Nauert was catapulted into the position of acting undersecretary of state for public diplomacy and public affairs. For a time, she was the highest-ranking woman and fourth highest-ranking official in the department, according to The Associated Press.

In her role, Nauert oversaw public diplomacy in Washington and all of the roughly 275 overseas U.S. embassies, consulates and other posts. She was in charge of the Global Engagement Center that fights extremist messaging from groups such as the Islamic State.

She also had a seat on the U.S. Agency for Global Media which oversees government broadcast networks like Voice of America.

Before joining the State Department, Nauert was an anchor and correspondent at Fox News. She worked as a breaking news anchor for “Fox & Friends.”

She has also worked as a general assignment reporter for ABC News.

She has a degree from Columbia University’s Graduate School of Journalism.