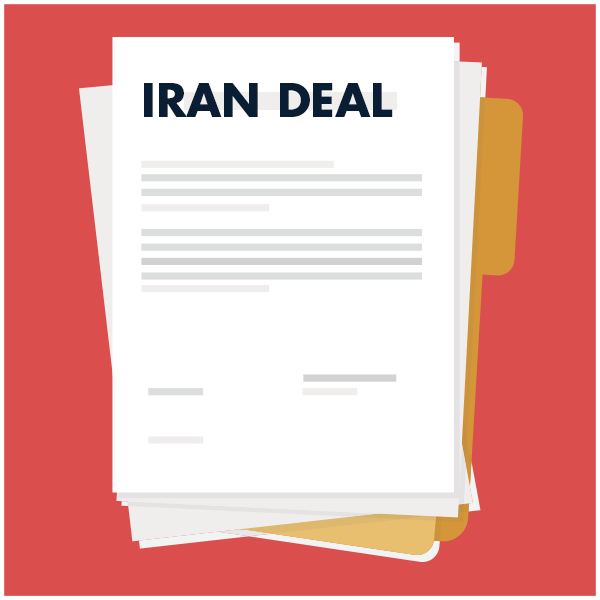 
What Happens If The Iran Nuclear Deal Is Not Destroyed?

THE PROVISIONS OF THE IRAN NUCLEAR DEAL ARE SET TO EXPIRE:

The U.N. ban on Iranian arms exports and imports will lift.

Meaning ➡ Iran can freely build up its military and fuel regional conflicts through the support of its terrorist proxies.

Meaning ➡ Iran, whose ballistic missiles already threaten Israel and parts of Europe, will have a much easier path to acquire missile components and technology.

The ban on the manufacture of advanced centrifuges will begin to expire.

Meaning ➡ Iran will be able to reduce its nuclear weapon breakout time by perfecting rapid manufacture of advanced centrifuges.

Meaning ➡ The deal calls on the president to seek a congressional repeal of nuclear sanctions legislation.

Meaning ➡ New sanctions would require passage of another UNSC resolution, which Russia and China could veto.

The cap of 5,060 IR-1 centrifuges at Iran’s Natanz facility will lift.

The ban on replacing IR-1 centrifuges with more advanced models will expire.

Restrictions on centrifuge R&D will end.

Meaning ➡ Iran will be able to perfect its enrichment cycle and streamline its capabilities.

All nuclear restrictions will lift.

Meaning ➡ All restrictions on the number and type of centrifuges that Iran can manufacture will lift, as well as the number of enrichment facilities and the amount and level of enriched uranium Iran may stockpile.

Without access for the International Atomic Energy Agency (IAEA) to inspect Iran’s facilities, Iran can more easily set up a secret nuclear program.