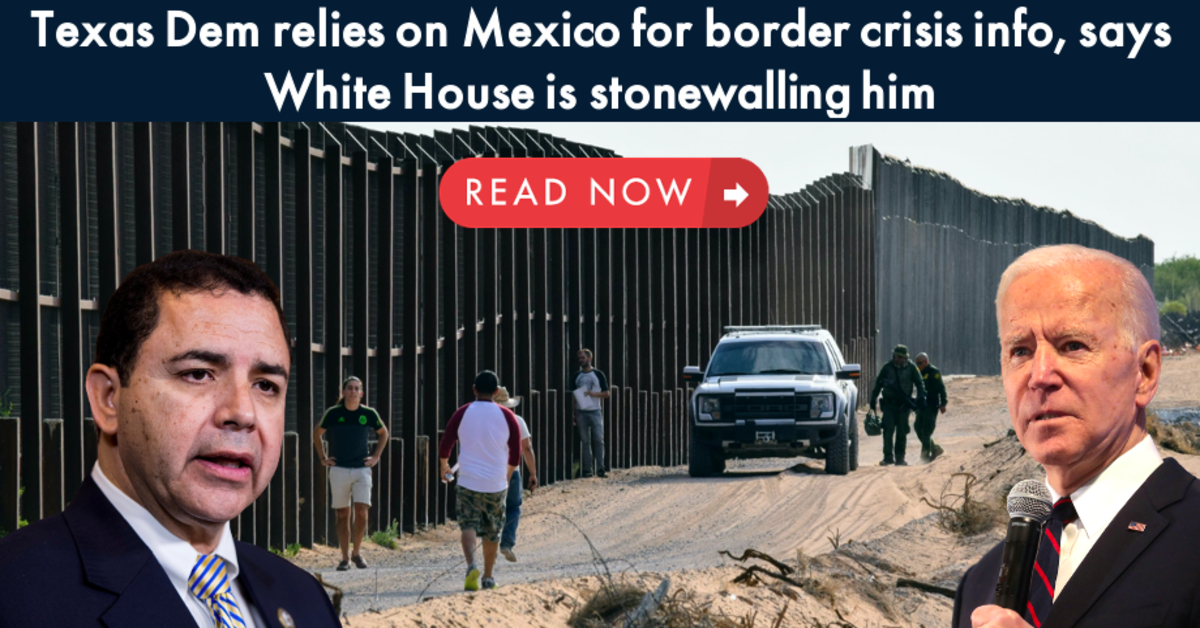 A Texas Democratic congressman claims he’s getting more information from Mexico than the White House regarding the ongoing surge of migrants at the border.

“I sit on the Homeland Appropriations [Subcommittee]. I get more information from across the river than I do from my own government which is amazing,” Cuellar told the program about the Biden administration’s apparent information blackout about the escalating situation in his district.

Cuellar said illegal immigrants are continuing to overwhelm the border because the US has not done a good job of relaying President Biden’s message to not come.

“If you don’t show a message that someone is going to face a consequence, of course they’re going to come over,” Cuellar said on MSNBC.

Cuellar said he tested his theory at the migrant border camps.

“The president’s message, I asked about twenty 16 or 17-year-old kids. Nobody had heard that,” Cuellar reportedly said.

The Texas Democrat told “Morning Joe” that migrants are getting better messaging from family members, and drug cartels who are raking in profits for escorting more than 100,000 people to the border in February alone.