The executive director of one of the largest police organizations in the country blasted Colin Kaepernick and the NFL on Thursday after learning that during training camp practices in August, the San Francisco 49ers quarterback wore socks that bear the image of cartoon pigs wearing police hats. Click here to read more. 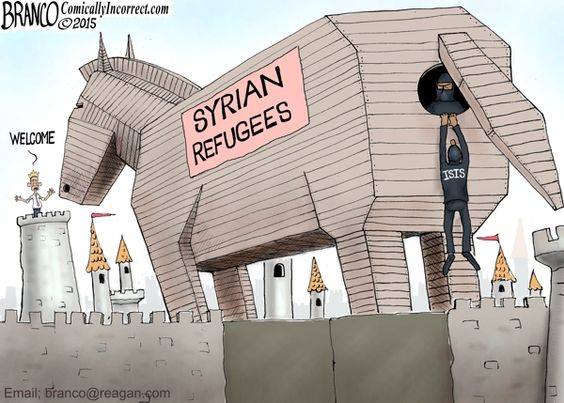 US will meet target of 10,000 Syrian refugees today

THE CLINTON FOUNDATION’S PROBLEMS ARE DEEPER THAN YOU THINK

In recent days, large amounts of criticism have been directed at the Clinton Foundation over its fundraising methods, and purported ethical conflicts of interest arising out of Hillary Clinton’s tenure as Secretary of State. Click here to read more.

Click to tell Congress to stop the Syrian invasion!

Herds of African immigrants are being housed in shelters in the Mexican border town of Tijuana while they await entry into the United States under what appears to be a secret accord between the Obama administration, Mexico and the Central American countries the Africans transited on their journey north. Click here to read more.