As Americans feel less and less safe from lax government policies on terrorism, border control and non-support for local law enforcement, the price to say or think something opposed to liberal progressive orthodoxy is rising. Click here to read more. 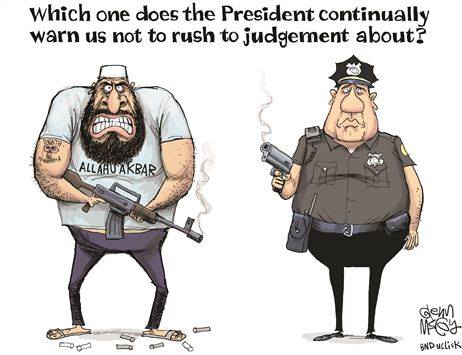 According to German federal crime office, a number of Islamic terrorists have entered Germany by hiding amongst recent flows of migrants from the Middle East, and since last year 369 people with suspected ties to the Islamic State have come into the country in this way. Click here to read more.

According to a July 2016 report by the U.N. Secretary General, Iranian firms participated in a defense trade show in Iraq last March, in potential violation of U. N. Security Council resolution 2231. Click here to read more.

A manhunt is under way for a gunman who killed five people at a shopping centre in Washington state on Friday.
Police have released a photo of the suspect, who is described as a male in his late teens or early 20s wearing a black shirt and shorts. His motive is unclear. Click here to read more.