Democratic presidential candidate Hillary Clinton called on the FBI Friday to release all information in its renewed investigation into her use of a private server while secretary of state after discovering new emails – apparently during the probe of former Rep. Anthony Weiner’s sexting – in a stunning turn of events just days before the presidential election. Click here to read more. 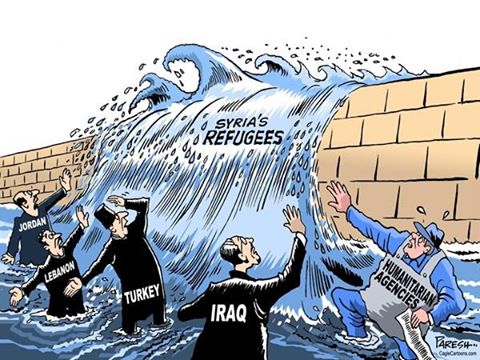 Attorney General Loretta Lynch is declining to comply with an investigation by leading members of Congress about the Obama administration’s secret efforts to send Iran $1.7 billion in cash earlier this year, prompting accusations that Lynch has “pleaded the Fifth” Amendment to avoid incriminating herself over these payments, according to lawmakers and communications exclusively obtained by the Washington Free Beacon. Click here to read more.

A SYRIAN refugee with four wives and 23 children has sparked outrage after it was claimed he was receiving a staggering £320,000 a year in benefits. Click here to read more.

The Myth of the Racist Cop

FBI Director James Comey has again defied the official White House line on policing and the Black Lives Matter movement. The “narrative that policing is biased and violent and unfair” is resulting in “more dead young black men,” Mr. Comey warned in an Oct. 16 address to the International Association of Chiefs of Police in San Diego. That narrative, he added, also “threatens the future of policing.” Click here to read more.