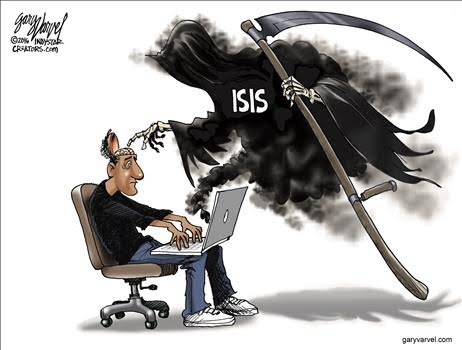 "On May 27, [1966,] 166 Cubans -- civilians and members of the military -- were executed and submitted to medical procedures of blood extraction of an average of seven pints per person. Click here to read more.

KEITH ELLISON SUPPORTED THE BDS MOVEMENT AND ADMIRED LOUIS FARRAKHAN. SO WHY ARE JEWISH DEMOCRATS SUPPORTING HIM FOR CHAIRMAN OF THE DNC?

In late 1993 and early 1994, Keith Ellison and I were both deeply involved in politics and policy, he as a civil rights lawyer and radio talk-show host in Minnesota, and I as legal counsel to a United States senator. Click here to read more.

Denver County’s sheriff office has been slapped with a fine by the Department of Justice (DOJ) because it refused to hire non-citizens as deputies. Click here to read more.

If you talk to a liberal about solutions for our porous border, they are willing to discuss everything but a fixed, border fence. They’ll filibuster the conversation with talk about aerial surveillance, more border agents, “virtual fencing,” cameras, and sensors, etc. But the minute the discussion turns to a physical barrier on the border, they clam up and adamantly oppose it. Why the hatred for a physical fence? Click here to read more.