Several outlets are reporting that Sen. Jeff Sessions has been offered the post of Attorney General. I’d have preferred the he stay in the Senate, where we’re going to need a knowledgeable, experienced hand to prevent any immigration bill(s) from drifting either left or toward Chamber-of-Commerce-ism, especially given that the cunning Chuck Schumer, architect of the Gang of Eight, will be minority leader. Click here to read more. 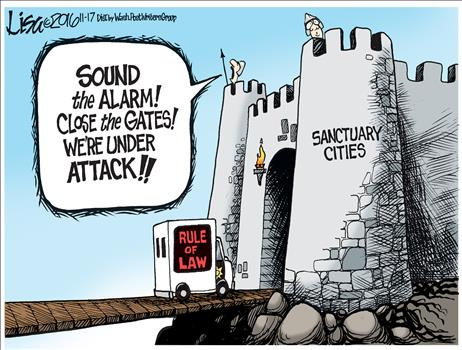 NEW YORK—President-elect Donald Trump reached outside the Republican establishment as he started populating his senior team, announcing Friday that he would nominate Sen. Jeff Sessions as attorney general and Rep. Mike Pompeo as director of the Central Intelligence Agency. Click here to read more.

At least a dozen senior officials who were part of the negotiating team that conducted talks with the west regarding the Islamic Republic's nuclear program were arrested by Iranian authorities on espionage charges, Channel 2 citing an Iranian member of parliament reported Friday. Click here to read more.

Regime change in Iran the only 'long-term solution,' says former US ambassador

Former US ambassador to the United Nations John Bolton said on Thursday that the only "long-term solution" to erasing the threat Iran poses to the Middle East is regime change, according to Politico citing an interview he gave to Breitbart News Daily. Click to read more.