To assess just how damaging a new State Department Inspector General’s report on Hillary Clinton’s email practices is to her political career, one need only take note of the fact that the former secretary of state has disappeared. When trouble arises, Clinton predictably scurries back into her bunker and allows the news cycle to sort itself out — presuming perhaps that the unfocused political media will tire of the story faster if she does not provide them with any new material to parse. Click here to read more. 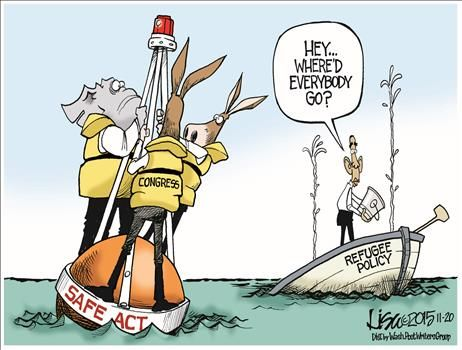 Rep. Randy Forbes: ‘In the Hands of Terrorists, Visas Can Become Weapons’

Rep. Randy Forbes (R-Va.) said on Thursday that visas issued to terrorists turn the documents into “weapons” by allowing them entry into the United States without proper vetting. Click here to read more.

Guess who's not part of the White House's Iran deal "echo chamber"? Yep, Qassem Suleimani. The head of the Islamic Revolutionary Guard Corps' Quds Force thinks Iran and America aren't poised for realignment, but rather are at war. Click here to read more.

Does anyone think it an accident that President Obama chose Memorial Day weekend to give his high-sounding moral equivalence speech in Hiroshima calling for a “moral revolution”? Click here to read more.