The New York Times profiles Ben Rhodes, the man in charge of constructing the false narrative around the bad Iran deal. Read how he and the Obama administration managed to fool the Senate and the American people. Click here to read more. 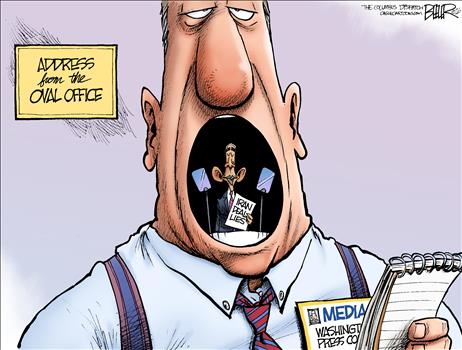 The top commander for the Lebanese-based terror organization Hezbollah was reportedly killed in an IDF military operation in Syria overnight Thursday, according to The Lebanese TV station al-Mayadeen. Click here to read more.

Congressional leaders lashed out at the White House this week for what they describe as a series of intentional lies about the nature and intent of last summer’s comprehensive nuclear agreement with Iran, according to statements provided to the Washington Free Beacon calling on one senior Obama administration adviser to resign over the growing scandal. Click here to read more.

Businesses around the world are using the United States as an excuse to avoid doing business with Iran, U.S. Secretary of State John Kerry said Tuesday as he declared the Islamic Republic "open for business" for European banks. Click here to read more.