Something wicked happened in Idaho's rural Magic Valley. The evil has been compounded by politicians, media and special interest groups doing their damnedest to suppress the story and quell a righteous citizen rebellion. Click here to read more. 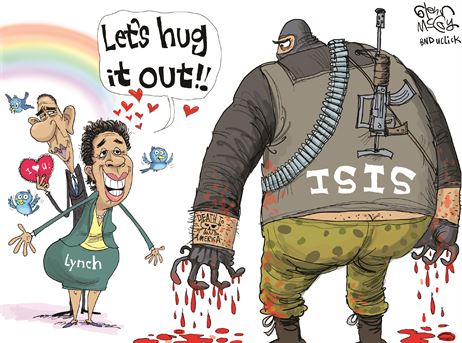 What ‘Brexit’ Means for National Security

"We are going into the unknown," says Sajjan Gohel, director of International Security for the London-based Asia-Pacific Foundation. "That much is a fact." Click here to read more.

LONDON—Boeing Co. Tuesday said it had signed a tentative agreement to sell jetliners to Iran, in what would be one of the Islamic Republic’s biggest deals with a U.S. manufacturer since trade sanctions on Tehran were eased. Click here to read more.

The United States is struggling to confront the stubborn persistence of homegrown terrorists, even as it has repeatedly proven able to disrupt broader, organized plots from overseas. A week after the deadly massacre in Orlando, Fla., there are few signs of a major intelligence failure, even though gunman Omar Mateen had been interviewed three times in the last three years. Click here to read more.