The gunman who killed 50 people and wounded 53 others after opening fire at a popular gay nightclub in Orlando, Florida, is believed to have ties to Islamic terrorism, according to early reports from authorities. “It’s really early in the investigation, but the indicators are clear that this person did have Islamist leanings,” said Rep. Peter King, New York Republican, on CNN’s “State of the Union.” Click here to read more. 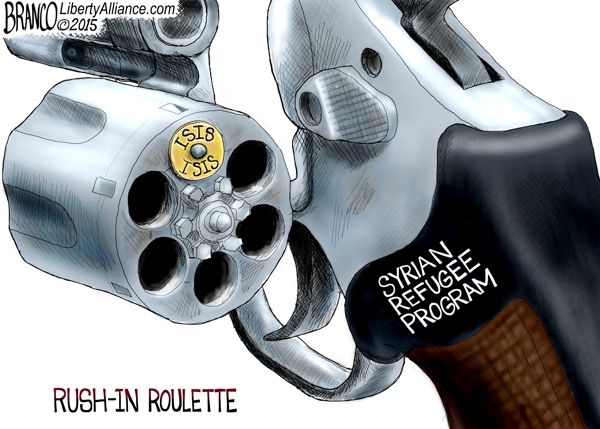 An unexpected result of President Obama’s new opening to Iran is that US taxpayers are now funding both sides of the Middle East’s arms race. The United States is deliberately subsidizing defense spending for allies like Egypt and Israel, and is now inadvertently paying for some of Iran’s military expenditures as well. Click here to read more.

A leading senator has called on the Obama administration to immediately suspend an effort to bring some 10,000 Syrian refugees into the United States amid new reports that ISIS terrorists have successfully infiltrated groups of migrants in the West, according to comments provided to the Washington Free Beacon. Click here to read more.

Once again Hillary’s been caught lying about her criminal mishandling of classified national security information. Recall that Ms. Clinton swears none of the emails which passed through her off-the-record email server system was ever marked classified. Click here to read more.