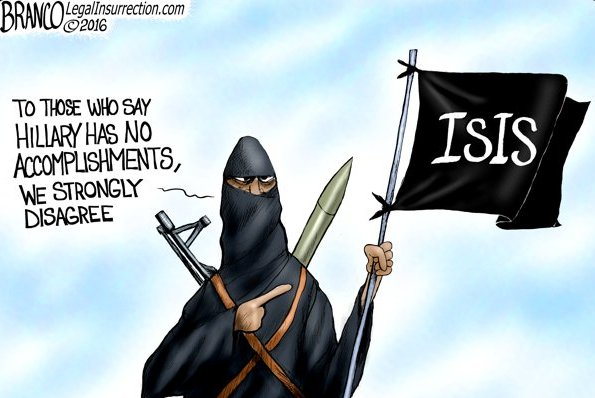 FBI Chief Warns ‘Terrorist Diaspora’ Will Come to the West

Hundreds of terrorists will fan out to infiltrate western Europe and the U.S. to carry out attacks on a wider scale as Islamic State is defeated in Syria, FBI Director James Comey warned. Click here to read more.

Right now, prisoner #47042-083, Abdurahman Alamoudi, sits in his cell in a federal prison in Ashland, Kentucky. It's a long way down from being one of Hillary Clinton's favorite colleagues. Alamoudi organized White House events during the Bill Clinton administration. Click here to read more.

The German leader, who cut short her summer holiday to speak after a string of Islamist attacks rocked the country, said the entire continent was being “ravaged” by terrorism. Click here to read more.