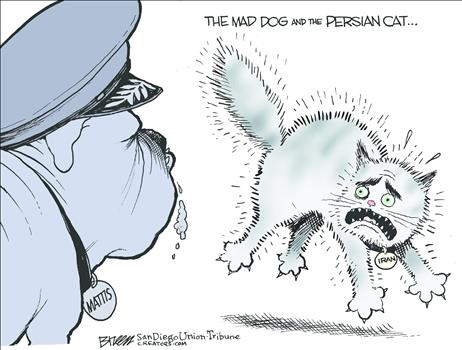 WASHINGTON — President-elect Donald J. Trump has settled on Gen. John F. Kelly, a retired four-star Marine general whose son was killed in combat in Afghanistan, as his choice for secretary of Homeland Security, putting a seasoned commander with personal experience of the costs of war in charge of protecting the nation’s borders. Click here to read more.

The private files outlining hidden agreements in the Iran nuclear deal may be released in one of President Donald Trump’s first actions in office. Click here to read more.