A crazed man hacked at a policewoman's face with a machete and shouted 'Allahu Akbar' before turning on another officer just seconds before a third cop shot him dead in a suspected terror attack. Click here to read more. 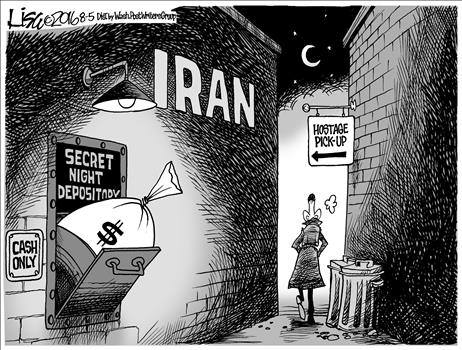 Iran: $400 Million in Cash Was Part of ‘Expensive Price’ to Free U.S. Hostages

Iranian television has broadcast what some say is purported footage of the $400 million pallets of cash that officials claim was part of the “expensive price” paid by the Obama administration to free several U.S. hostages. Click here to read more.

The Video The DNC Didn't Want You To See:

On January 17, 2016, a cargo plane with $400 million in foreign currencies was secretly sent to Iran. This was the same day the Iranian regime released four American hostages held in Tehran. Click here to read more.