WASHINGTON—Four ships from Iran’s Revolutionary Guard Corps harassed a U.S. destroyer near the Persian Gulf in what the U.S. Navy called an “unsafe and unprofessional” interaction. Click here to read more. 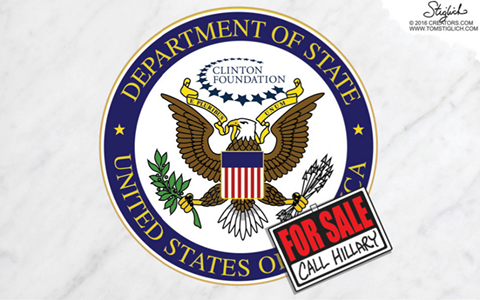 Hillary Clinton’s national finance director has emerged in newly released emails as what one watchdog called the “middle” man between her State Department and family foundation, sharing donor information with a top Clinton confidante when he was working at the foundation. Click here to read more.

The FBI is now involved in a stabbing investigation in Roanoke County. Wasil Farooqui is charged in the incident that seriously hurt a man and woman at the The Pines Apartments on Saturday. Click here to read more.

Sunni extremists are infiltrating the United States with the help of alien smugglers in South America and are crossing U.S. borders with ease, according to a U.S. South Command intelligence report. Click here to read more.