The Arm in Arm decal the Cowboys unveiled to open training camp won't be on their helmets when the club opens its preseason schedule Saturday at the Los Angeles Rams. Click here to read more. 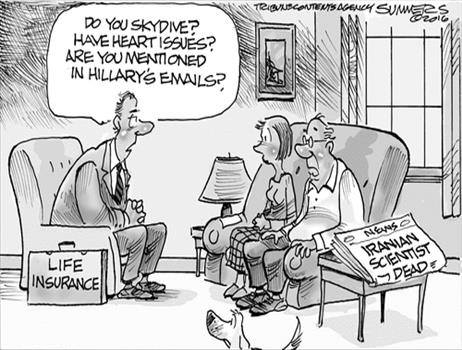 Why Was Our Iranian Spy Killed By The Mullahs?

I never cease to be amazed at the certainty of our intellectuals about things that require far more knowledge than they have, or could possibly have. This is especially astonishing on matters having to do with Iran, a society in which deception flourishes, even more so regarding what we think we know about Iran, and more still when we are being “informed” by CIA, which has a very poor track record on Iran. Click here to read more.

The head of the national security division at the Justice Department was among the agency’s senior officials who objected to paying Iran hundreds of millions of dollars in cash at the same time that Tehran was releasing American prisoners, according to people familiar with the discussions. Click here to read more.

The alleged funneling of tens of millions of World Vision charity dollars to Hamas for terror purposes is only a tiny example of the massive abuse of aid cash intended for Gaza residents that instead is used to fund Hamas, a senior Knesset member who used to head the Shin Bet intelligence agency said Monday. Click here to read more.