North Korea Could Nuke the US as Early as July 23
North Korea could launch a full-blown nuclear strike on the US as early as July 23, according to a prediction from Britain's Ministry of Defense. Lord Howe, a British defense minister, told parliament's Defense Committee that the Defense Ministry thought North Korea would be fully nuclear-capable within "six to 18 months."

More Than a Million Illegal Immigrants Scored California Driver's Licenses
The state's Department of Motor Vehicles announced that as of March 31, 1,001,000 illegal immigrants have received licenses. Illegal immigrants have been legally allowed to obtain driver's licenses in the state since  Democratic Gov. Jerry Brown signed Assembly Bill 60, "The Safe and Responsible Drivers Act," into law.

Assad Regime Places Tanks, Artillery in Buffer Zone with Israel
The Bashar Assad regime is preparing an offensive to retake southern Syria and the Syrian Golan Heights from rebel groups and has reportedly placed tanks and heavy artillery inside the demilitarized buffer zone on the country’s border with Israel.

Caravan of Illegal Immigrants ‘Broken Up,’ Thanks to U.S. Immigration Law
The caravan originated in Central America and was planning to either enter the U.S. through the southern border. Some have decided to stay in Mexico and claim refugee status, while some do plan to try and continue to the U.S.

Iranian Video Blogger Who Opened fire at YouTube was Angry with Company
An Iranian-born woman who blogged about surviving in a world filled with “injustice and diseases” opened fire at YouTube’s California headquarters because she was angry at a site she believed was suppressing her videos.

A few years ago we spoke to CIA director Mike Pompeo about the dangerous Iran Deal. He still agrees that this deal is BAD for America and should be ended. 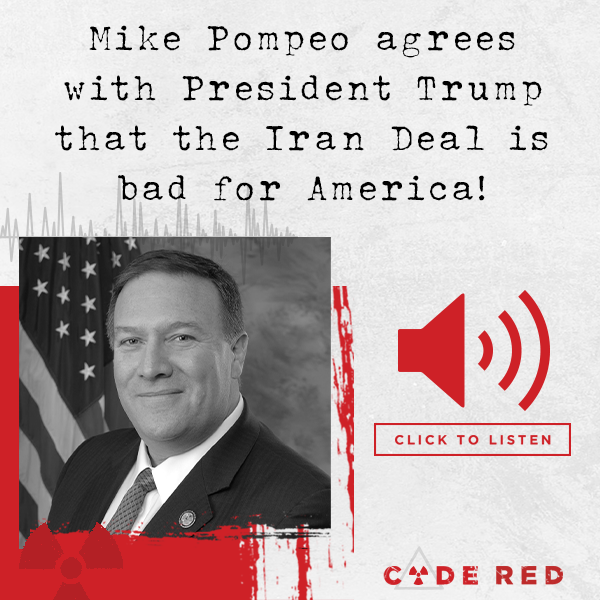