Iran's Khamenei Urges Muslim Nations to Unite Against the U.S.
Iran's supreme leader called on Muslim nations to unite against the United States, saying Tehran would never yield to "bullying." Iran's top authority criticized Trump for saying some countries in the Middle East "wouldn't last a week" without U.S. protection.

2 Florida Deputies Fatally Shot in Gilchrist County
Sgt. Noel Ramirez, 29, and Deputy Taylor Lindsey, 25, were just sitting down for lunch at the Ace China restaurant in Trenton, Florida when a lone gunman approached the window and fired two shots – killing them instantly.

What’s Really Behind Macron’s Sweet Talk about the Iran Deal?
French President Emmanuel Macron is waging an all-out campaign to convince President Trump — and the American people — to keep the United States in the Iran nuclear deal. Macron claimed that Iran would never be allowed to obtain a nuclear weapon, delivering what at first appeared to be tough rhetoric.

Germans don Jewish skullcaps to protest anti-Semitism
The kippa protest was triggered by the daytime assault last week of two young men wearing skullcaps in an upscale neighborhood in the German capital. The attack, in which a 19-year-old Syrian asylum-seeker is a suspect, drew outrage in Germany and sharp condemnation by Chancellor Angela Merkel.

Recent Iranian Shipments to Syria Concern US intelligence
US intelligence is monitoring a series of cargo flights from Iran into Syria that the US suspects may be carrying weapons systems into Syria for potential use by Bashar al-Assad's regime or Iranian forces.

China Assigns Every Citizen A ‘Social Credit Score’ To Identify Who Isn’t Trustworthy
China is rolling out a high-tech plan to give all of its 1.4 billion citizens a personal score, based on how they behave. There are consequences if a score gets too low, and for some, that’s cause for concern.

Now that Mike Pompeo has been confirmed as our Secretary of State, some people want to know more about him. 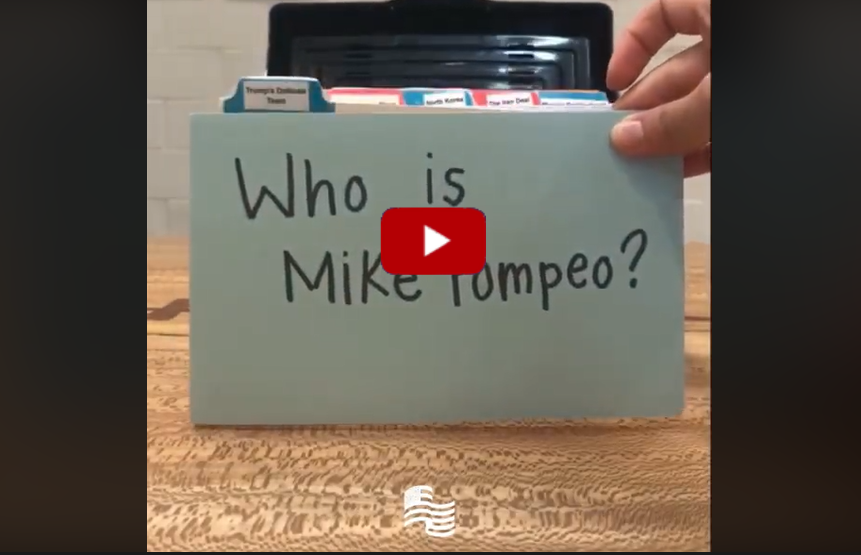