Iran jails woman for removing headscarf in public
An Iranian woman who publicly removed her veil to protest against a mandatory hijab law has been sentenced to two years in prison, prosecutors say. The woman, who has not been officially named, was found guilty of "encouraging moral corruption", Tehran prosecutor Abbas Jafari-Dolatabadi said.

U.S. Imam: ‘Muslims Have The RIGHT To Take The Property Of Christians And Jews’
Yasir Hadh, a prominent American Imam and college professor described as “one of the most influential conservative clerics in American Islam,” publicly said that Christians and Jews are the “filthy” and “impure.”

Syrian doctor pleads for Trump to end Assad's chemical attacks
A doctor in Syria is pleading for help from President Trump as reports emerge of more chemical attacks against civilians in the battle-torn country. His pleas come as the Syrian regime of Bashar Assad, in coordination with its Russian and Iranian backers, continues to ignore a Security Council resolution that calls for a 30-day humanitarian truce.

Israel, US Troops Train Together to Counter Missile Threats
Nearly 5,000 Israeli and American troops have been training together in Israel for that very scenario. The "Juniper Cobra" exercise includes field training, computer simulations and live-fire drills of sophisticated missile-defense systems.

Illegal Immigrant Used Fake American Identity, Stole Government Benefits Worth $361,000
A man from Mexico used the identity of an American citizen to bilk federal and local governments of more than hundreds of thousands of dollars in benefits over three decades, according to a plea agreement entered in San Diego federal court this week.

Attorney General Jeff Sessions spoke at an event for California Law Enforcement where he committed to fighting against California's “radical, open borders agenda". This came a day after his justice department sued the state of California for its immigration policy which interferes with federal immigration policies. 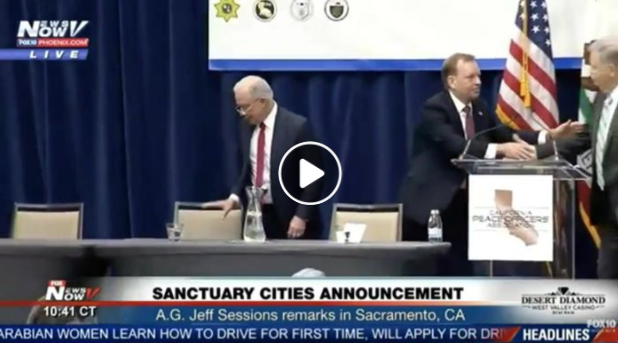