Obama admin worked to allow Iran to exchange billions to bypass sanctions
The Obama administration misled the American people and Congress because they were desperate to get a deal with Iran," said Sen. Rob Portman, the Ohio Republican who chairs the subcommittee and opposed the Iran deal, formally known as the Joint Comprehensive Plan of Action.

Bill Clinton says 'I regret' missed chance to 'end' North Korea missile program
Former President Bill Clinton has said that he had a chance to "end" North Korea's missile program near the end of his second term, but was persuaded not to make the required trip to the totalitarian state by the late Palestinian leader Yasser Arafat.

In France, Netanyahu predicts collapse of Iran deal under US sanctions pressure
Prime Minister Benjamin Netanyahu said Tuesday that he did not ask French President Emmanuel Macron to withdraw France from the Iran nuclear deal because he believes renewed US sanctions against the Islamic Republic will sink the 2015 accord. Netanyahu met with Macron at the Elysee Palace in Paris as part of his European tour, aiming to rally support from allies against Iran.

Border Arrests Rise for Third Month in a Row
Federal agents arrested nearly 52,000 people at the Southwest border in May, according to data released on Wednesday by the Department of Homeland Security, as the number of migrants trying to enter the United States continued to rise.

Trump holds 'patriotism' event without Eagles
President Donald Trump has held a "patriotism" event at the White House in lieu of a Super Bowl celebration for the NFL's Philadelphia Eagles that he canceled. The president says that the nation needs to remember the "fallen heroes" and that the country stands together "for freedom, we stand together for patriotism."

We had the honor of interviewing Ambassador Dore Gold who provided us with extensive insight into Israel's current state and described the current issues Israel is encountering from neighboring countries.

Listen and find out what he has to say about President Trump's administration and how it has impacted Israeli-American relationship. Click here to tune in! 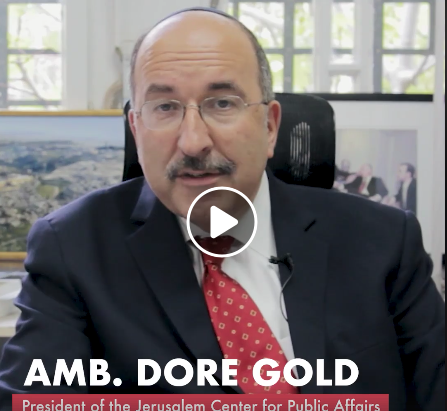