Media Do Hamas' Dirty Work, Claim Israel Is Killing 'Protesters.' That's A Lie.
On Monday, in an attempt to depict America’s decision to open its embassy in Jerusalem as a provocative act of incitement, Hamas-backed terrorists attacked the Gaza border en masse, seeking to harm Israeli soldiers and invade Israeli territory. Israeli soldiers were forced to respond, and some 50-plus Palestinians have now been killed. The media dutifully reported the Hamas line, suggesting that Israel was to blame for the violence against “protesters.”

The U.S. Embassy Move: A Powerful Message, America Will Stand By Our Friends
Recognizing Jerusalem as Israel’s capital and relocating the US embassy sends a powerful message that America will stand by our friends and allies, and we will stand up to our enemies. Moreover, it furthers the chances of peace in the Middle East by demonstrating that America’s support for Israel is unconditional, and will not be bullied by global media opinion.

Hamas Leader Says 50 Members Killed in Gaza Protests
A Hamas official has claimed that 50 members of the Palestinian terror group were among those killed by Israeli fire during Monday’s mass protests at the Gaza border. Hamas leader Salah Bardawil said in a televised interview that of the “62 people martyred, 50 were Hamas.”

These Senators Took Money From Iran Lobby Before Vote On Obama’s Nuke Deal — Iran Threatens To Out Bribed Officials
Iran’s Foreign Ministry Spokesman Hossein Jaberi Ansari reportedly warned Western officials last week that if they do not put pressure on the Trump administration the Iranian regime will leak the names of all Western officials who were bribed to pass the weak deal.

European Operators Begin to Pull Back from Iran
The Trump administration's decision to reinstate sanctions on Iran will not take effect for several months, but it is already having an effect on European shipping businesses. The top two container carriers, 2M partners MSC and Maersk Line, say that they are reviewing their plans in Iran due to the changing situation.

Watch the incredible footage of Loyce Edward Deen's burial at sea 73 years ago. This is the only time in U.S. Navy history that an aviator was buried in his aircraft after being killed in action.

This honorable soldier lost his life during a raid on Manila where his plane was hit multiple times by anti-aircraft fire. Thank you, Loyce, for your bravery! 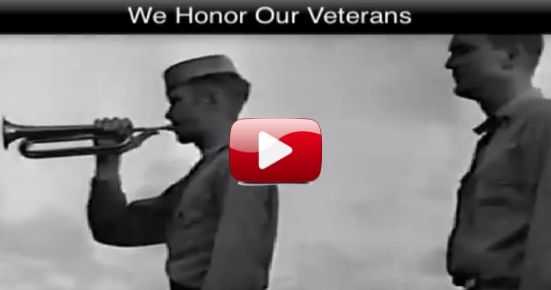 We thank all of our veterans for their service. Click the link to submit your own veteran to be featured! https://www.secureamericanow.org/submit_a_veteran

Donate to Secure America Now to help us continue the fight against terror and those who seek to undermine our nation's security!