Sri Lankan officials said on Monday that the coordinated bombings of churches and hotels across the country on Easter Sunday had been carried out by National Thowheeth Jama’ath, a little-known radical Islamist group, with help from international militants.

A parade of top Democrats gave interviews over the weekend and refused to rule out impeachment, but they also said there was much more work to be done before making a determination.

The Mueller Report’s Release Was a Model of Transparency

Barr released the report, made an almost-entirely-unredacted copy available to congressional leaders, and explained his rationale on obstruction. It wasn’t enough to satisfy Democrats.

The national security adviser said U.S. foreign policy should be "based on the pursuit of American national interests."

Micah Herndon is the latest veteran to be featured in Secure America Now's veteran recognition program: Home of the Free - Because of the Brave.

"At the Boston Marathon on Monday, April 15th, thousands of determined people ran across the finish line on Boylston Street. But one resilient man didn't run across — he crawled. His name is Micah Herndon, and he is a Marine veteran who told himself he would do anything to finish the race." CBS News 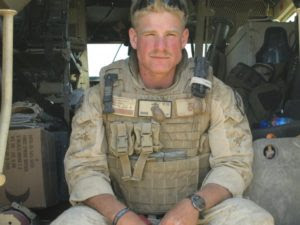 Thank you, Micah, for your service. Click the link to submit your own veteran to be featured! https://www.secureamericanow.org/submit_a_veteran

Donate today to help us spread real news and fight the fake news! All donors will receive a free 'No Collusion' bumper sticker!