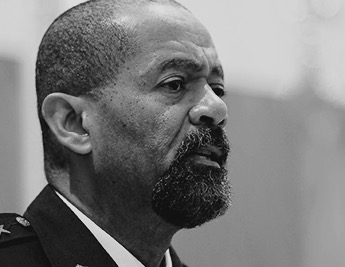 
Want To Stand With Our Police?

Milwaukee County Sheriff David Clarke is known for his outspoken comments on guns, Black Lives Matter, and revolution, as well as the cowboy hat he frequently wears in television and public appearances.

And it seems that the establishment media has done everything possible to fan that hateful ideology.

To counter this and give Americans the real story about what police officers do our friends at Secure America Now launched a new website, Stand With Our Police, an initiative honoring our law enforcement officers. This new website highlights the hard work our police officers do every single day.