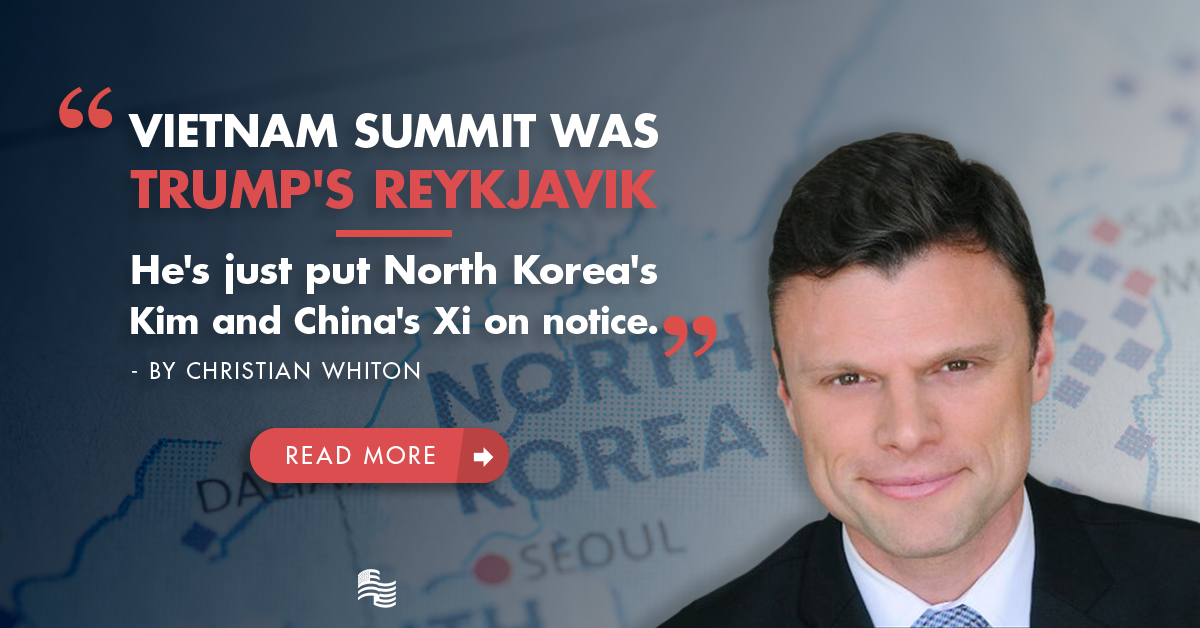 President Trump just performed one of the most important features of tough negotiating: he demonstrated a willingness to walk away.

In their second summit in Hanoi, the North Korean dictator, Kim Jong Un, offered to shutter one of his key nuclear facilities but demanded an end to sanctions in return. North Korea’s foreign minister held a rare press conference today to claim his country made a “realistic proposal” and only wanted partial sanctions relief. That account differs from readouts from the U.S. side.

Trump rightly said thanks but no thanks.

The nuclear facility in question is at Yongbyon. Its key feature is a reactor that produces plutonium-239, which after significant processing can become the major component of a nuclear weapon’s core, including the primary stage of a hydrogen bomb.

But Yongbyon is now only a small part of North Korea’s weapons program. First of all, North Korea has operated the reactor for long enough to amass a significant amount of that type of plutonium, which has a half-life of 24,100 years. Pyongyang likely has plenty even if the plant is permanently closed.