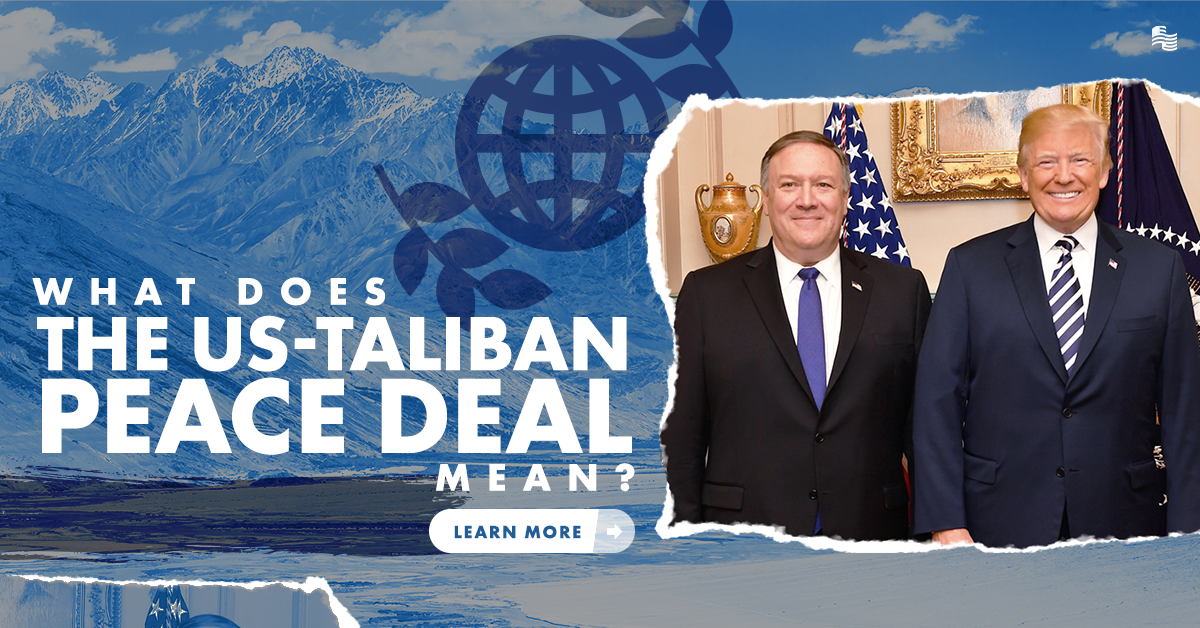 
What does the U.S. - Taliban Peace Deal Mean?

Over the weekend, The United States and the Taliban signed a historic peace deal in Qatar with the intention of bringing the 18-year long war in Afghanistan to an end. The war is the longest in U.S. history, and through the deal, President Trump is showing his commitment to his campaign promise of bringing home U.S. soldiers from the Middle East.

While there is much skepticism surrounding the deal and its implementation, one thing is certain: America's longest war has reached a stalemate, and it's time to stop spilling blood and treasure in the Middle East - it's time to bring the troops home!

Here are some fast facts on the historic deal:

While historic in nature, this peace deal is just the first step in a long peace process aimed at bringing together a country ravaged by 18 years of war. Next, the Taliban and the Afghan government will hold talks to establish a power-sharing agreement between the current government and former Taliban government toppled during the U.S. led NATO invasion in the aftermath of the September 11th Terror Attacks.

The United States has spent nearly $1 Trillion and thousands of lives in Afghanistan, it's time to end the stalemate and bring home our brave men and women!