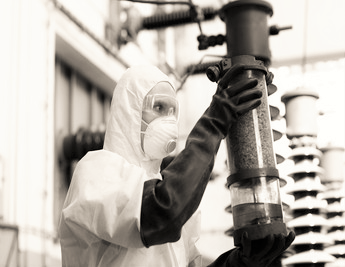 Heavy water is a concern because it is used to cool reactors that can produce substantial amounts of plutonium. That, in turn, can be applied to making the fissile core of nuclear warheads.

The U.N's International Atomic Energy Agency said in a confidential report obtained by The Associated Press that Iran had exceeded the heavy water allotment of 130 metric tons (143.3 tons) only slightly — by 100 kilograms (220 pounds.) The report also noted that Iran had served notice it would resolve the issue by exporting 5 metric tons, substantially over the excess amount.

A senior diplomat familiar with the issue said the Iranians had told the IAEA that the shipment would be leaving their country within the next few days. The diplomat requested anonymity because he was not authorized to speak on the record about Iran's nuclear program.

Still, with both sides closely watching for violations, the breach was sensitive even beyond the technical uses of heavy water, especially since it was the second such breach since implementation of the deal curbing Iran's nuclear program in exchange for sanctions relief.

Learn more about the violation here.