A Twitter representative defended during a hearing Wednesday on anti-Semitism the social media site's decision to not flag tweets from Iran Supreme Leader Ayatollah Ali Khamenei after flagging tweets from President Trump.

Khamenei has several tweets on his profile that call for the "elimination" of Israel, or "Zionist regime." In a May 21 tweet, he wrote, "The only remedy until the removal of the Zionist regime is firm, armed resistance."

The Twitter representative said that when political leaders' tweets are about "comments on political issues of the day" or "foreign policy saber-rattling on military and economic issues," they are "generally not in violation of our Twitter rules" during the hearing.

The representative was responding to a question regarding the site's decision to flag a tweet from Trump regarding the administration's militarized response to riots, in which he stated, "Any difficulty and we will assume control but, when the looting starts, the shooting starts."

The company added that if a tweet from a world leader violates the website's rules while simultaneously adding to the public interest, Twitter might place it behind a notice will allowing people to click through, which is how Twitter flagged the president's tweet. It has not done the same to any of Khamenei's tweets to date.

Sen. Ted Cruz, R-Texas, called for an investigation into Twitter in a May letter to the Justice and Treasury departments for violating U.S. sanctions against Iran by allowing Khamenei's tweets to stay up without any kind of censor.

Cruz had sent a letter to the social media giant in February requesting that it comply with U.S. law and stop providing services to the accounts.

"Twitter sent a letter back saying their company policy was to allow as much discussion as possible, and they apparently believe they are exempt from the criminal laws of this country," Cruz told FOX Business' "Varney & Co." on May 28. "So today, I asked the Department of Justice to open an investigation. Those sanction laws are designed to stop U.S. companies from facilitating Iranian terror."

Federal Communications Commission Chairman Ajit Pai on May 29 tweeted screenshots of tweets from Khamenei that threatened Israel and went unflagged by Twitter.

Khamenei's tweets call Israel "cancerous," saying it will be "undoubtedly uprooted and destroyed," and say Iran will "support and assist any group anywhere who opposes and fights the Zionist regime." 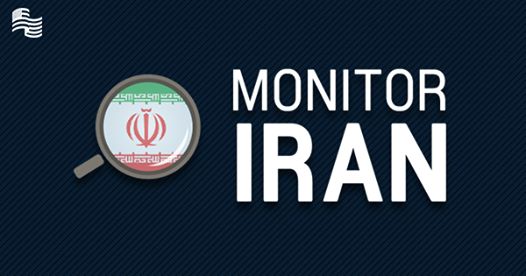