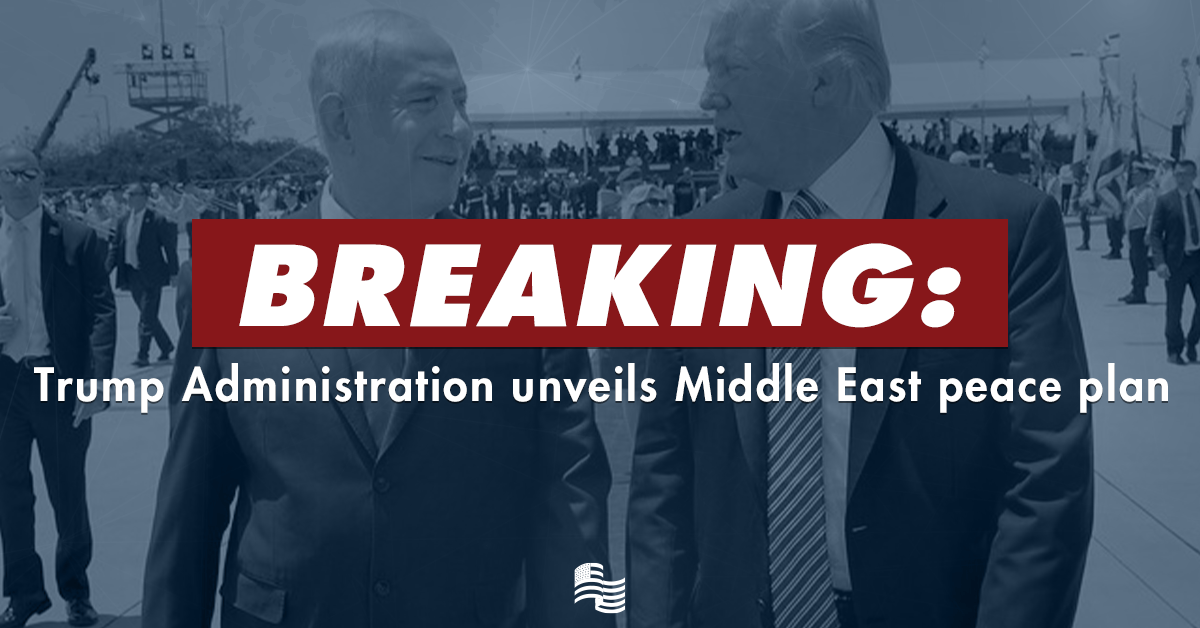 President Trump on Tuesday called for a two-state solution to resolve the Israeli-Palestinian conflict, as he unveiled the details of his administration’s much-awaited Middle East peace plan.

Trump announced the proposal alongside Israeli Prime Minister Benjamin Netanyahu during remarks in the East Room of the White House.

"My vision presents a win-win situation for both sides," Trump said. "Today Israel has taken a giant step toward peace."

He later tweeted a map of the proposed State of Palestine.

While Trump and Netanyahu praised the plan as a way toward ending the decades-long conflict between the Israelis and Palestinians, odds of the peace plan taking shape are long given that the Palestinians have preemptively rejected the plan.

"This is a great deal," Trump said. "And the Palestinians may not have this opportunity ever again."

Trump acknowledged he’s setting out toward a goal that has eluded every U.S. president in modern times but claimed those prior efforts were too vague and short on critical details. Trump declared his plan is “the most detailed proposal ever put forward."

"All prior administrations from President Lyndon Johnson have tried and failed," Trump said. "In the past, even the most well-intentioned plans were light on details."

Trump added: "There is nothing tougher than this one, we have an obligation to humanity to get it done."

Netanyahu, who faces a tough re-election in March amid a corruption scandal, used his time on the dais to praise Trump's plan and how it benefited Israeli sovereignty and security. The Israeli leader added that past deals had not had the "right balance between Israeli security and Palestinians aspirations."

"You have charted a brilliant future for Israelis and Palestinians toward a lasting peace," he said. "For decades that peace has proved elusive."