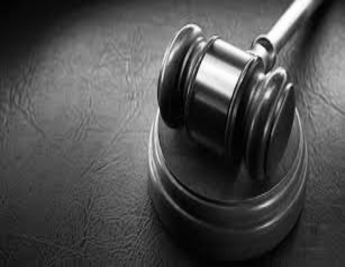 
Trump’s Exclusion of Aliens from Specific Countries Is Legal

The order has predictably prompted intense protest from critics of immigration restrictions (most of whom are also critics of Trump). At the New York Times, the Cato Institute’s David J. Bier claims the temporary suspension is illegal because, in his view, it flouts the Immigration and Nationality Act of 1965. This contention is meritless, both constitutionally and as a matter of statutory law.

Let’s start with the Constitution, which vests all executive power in the president. Under the Constitution, as Thomas Jefferson wrote shortly after its adoption, “the transaction of business with foreign nations is Executive altogether. It belongs then to the head of that department, except as to such portions of it as are specifically submitted to the Senate. Exceptions are to be construed strictly.”

The rare exceptions Jefferson had in mind, obviously, were such matters as the approval of treaties, which Article II expressly vests in the Senate. There are also other textual bases for a congressional role in foreign affairs, such as Congress’s power over international commerce, to declare war, and to establish the qualifications for the naturalization of citizens. That said, when Congress legislates in this realm, it must do so mindful of what the Supreme Court, in United States v. Curtiss-Wright (1936), famously described as “the very delicate, plenary and exclusive power of the President as the sole organ of the federal government in the field of international relations – a power which does not require as a basis for its exercise an act of Congress.”

In the international arena, then, if there is arguable conflict between a presidential policy and a congressional statute, the president’s policy will take precedence in the absence of some clear constitutional commitment of the subject matter to legislative resolution. And quite apart from the president’s presumptive supremacy in foreign affairs, we must also adhere to a settled doctrine of constitutional law: Where it is possible, congressional statutes should be construed in a manner that avoids constitutional conflicts.

With that as background, let’s consider the claimed conflict between the president’s executive order and Congress’s statute. Mr. Bier asserts that Trump may not suspend the issuance of visas to nationals of specific countries because the 1965 immigration act “banned all discrimination against immigrants on the basis of national origin.” And, indeed, a section of that act, now codified in Section 1152(a) of Title 8, U.S. Code, states that (with exceptions not here relevant) “no person shall receive any preference or priority or be discriminated against in the issuance of an immigrant visa because of the person’s race, sex, nationality, place of birth, or place of residence” (emphasis added).

Even on its face, this provision is not as clearly in conflict with Trump’s executive order as Bier suggests. As he correctly points out, the purpose of the anti-discrimination provision (signed by President Lyndon Johnson in 1965) was to end the racially and ethnically discriminatory “national origins” immigration practice that was skewed in favor of Western Europe. Trump’s executive order, to the contrary, is in no way an effort to affect the racial or ethnic composition of the nation or its incoming immigrants. The directive is an effort to protect national security from a terrorist threat, which, as we shall see, Congress itself has found to have roots in specified Muslim-majority countries.

Because of the national-security distinction between Trump’s 2017 order and Congress’s 1965 objective, it is not necessary to construe them as contradictory, and principles of constitutional interpretation counsel against doing so.

Nevertheless, let’s concede for argument’s sake that there is conflict. At issue is a matter related to the conduct of foreign affairs – a matter of the highest order of importance since it involves foreign threats to national security. If there were a conflict here, the president’s clear constitutional authority to protect the United States would take precedence over Congress’s dubious authority to limit the president’s denial of entry to foreign nationals.

But there is no conflict.

Section 1182(f) plainly and sweepingly authorizes the president to issue temporary bans on the entry of classes of aliens for national-security purposes. This is precisely what President Trump has done. In fact, in doing so, he expressly cites Section 1182(f), and his executive order tracks the language of the statute (finding the entry of aliens from these countries at this time “would be detrimental to the interests of the United States”). While Bier ignores the president’s constitutional foreign-affairs authority (although Trump expressly relies on it in the first line of his executive order), he concedes that Trump is relying on a statute. He theorizes, nevertheless, that because Section 1182(f) was enacted in 1952, whereas the non-discrimination provision (Section 1152(a)) was enacted years afterward, the latter must be deemed to have amended the former – thus removing the president’s authority to impose class restrictions based on the aliens’ country of origin. Nice try.