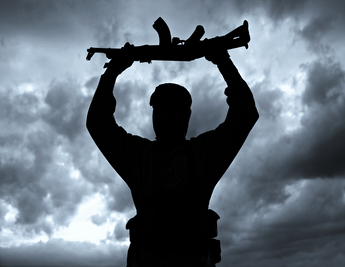 The Muslim Brotherhood Terrorist Designation Act prefaces its conclusions with comprehensive research and historical precedent. "Multiple countries have declared the Society of the Muslim Brothers (commonly known as the  ‘‘Muslim Brotherhood’’) a terrorist organization or proscribed the group from operating in their countries," begins the bill.

The bill didn’t make it through the winding roads of bureaucracy as a result of the Obama administration’s apparent sympathies for the Islamist group, but now, President-elect Donald Trump’s advisors are vowing to push through that same piece of legislation when the Republican victor assumes the oath of office in January.

In late 2015, the bill was referred to the Senate Foreign Relations Committee where it now sits dormant.

Cruz's bill should hardly be a point of contention. The text is plainly worded, speaking volumes to the notorious legacy of the Brotherhood. And yet, the Obama administration's sympathetic perspective toward Islam as a political theology has led to concerted leftist efforts to obstruct Cruz's sober-minded efforts against Islamic fascism.

The Left, in particular, cannot reconcile the fact that political Islam poses a threat to national security domestically and international stability abroad; the reality of Islamic fascism fails to resonate with a movement so invested in demonizing the West.

To be clear, the Muslim Brotherhood is unequivocally a terrorist organization. Those that defend its merits are terrorist sympathizers. The history of the self-proclaimed "political group" is marred by bloodshed, violence, and moral depravity. Like Boko Haram, al-Shabab, and ISIS, the Muslim Brotherhood is an Islamist death cult masquerading as a religio-political movement.

The most recognizable arm of the Muslim Brotherhood operates from the jihadist epicenter of Egyptian fringe politics. According to the BBC's comprehensive profile, the group is plagued by underlying contradictions. "Founded by Hassan al-Banna, the Muslim Brotherhood - or al-Ikhwan al-Muslimun in Arabic - has influenced Islamist movements around the world with its model of political activism combined with Islamic charity work," documents the BBC. "The movement initially aimed simply to spread Islamic morals and good works, but soon became involved in politics, particularly the fight to rid Egypt of British colonial control and cleanse it of all Western influence."

The Brotherhood's anti-West animus informs its violent political philosophies and Islamic supremacist doctrines. "While the Ikhwan say that they support democratic principles, one of the group's stated aims is to create a state ruled by Islamic law, or Sharia. Its most famous slogan, used worldwide, is: 'Islam is the solution," notes the BBC.