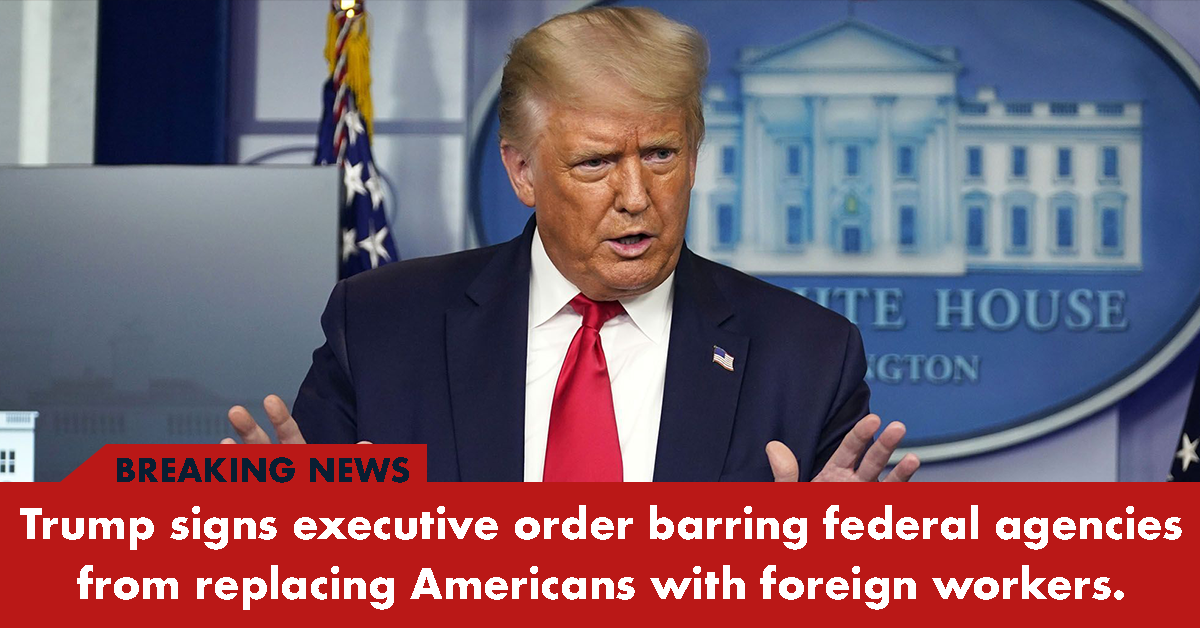 The executive order was first reported on by Bloomberg. According to the outlet, the order would put federal contractors that use H-1B visas for high-skilled jobs under increased scrutiny.

"Today, I am signing an executive order to ensure that the Federal government lives by a very simple rule: hire American," Trump said at the signing event.

"Today, I am signing an executive order to ensure that the Federal government lives by a very simple rule: Hire American." 🇺🇸 pic.twitter.com/G8YGU99XMb

Trump also said Monday that he had fired the chair of the Tennessee Valley Authority claiming it has betrayed American workers, telling reporters at the White House that he was formally removing the authority's chair of the board and another member of the board and threatened to remove other board members if they keep hiring foreign labor.

The president is slated to meet with a group of tech workers Monday as he signs the order. "Hire American" has been a common refrain for Trump since the 2016 campaign.

The order comes as the U.S. unemployment rate is above 10 percent amid the coronavirus pandemic, which has left tens of millions of Americans unemployed.