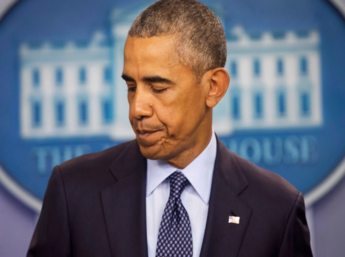 
Transcript claims to show US worked with Palestinians on UN resolution

An Egyptian paper published what it claims are the transcripts of meetings between top US and Palestinian officials that, if true, would corroborate Israeli accusations that the Obama administration was behind last week’s UN Security Council resolution condemning Israeli settlements.

At the same time, a report in an Israeli daily Tuesday night pointed to Britain helping draft the resolution and high drama in the hours leading up to the vote, as Jerusalem tried to convince New Zealand to bury the Security Council measure.

In a meeting in early December with top Palestinian negotiator Saeb Erekat, US Secretary of State John Kerry told the Palestinians that the US was prepared to cooperate with the Palestinians at the Security council, Israel’s Channel 1 TV said, quoting the Egyptian Al-Youm Al-Sabea newspaper.

Also present at the meeting according to the report were US National Security Adviser Susan Rice, and Majed Faraj, director of the Palestinian Authority’s General Intelligence Service.

White House national security council spokesman Ned Price on Wednesday told the Times of Israel that no such meeting took place. “The ‘transcript’ is a total fabrication,” he said.

While the State Department confirmed meetings that Erekat and a Palestinian delegation had with Kerry and separately with Rice, no tripartite meeting between all of them took place, according to Price.

Kerry is quoted as saying that he could present his ideas for a final status solution if the Palestinians pledge they will support the proposed framework. The US officials advised the Palestinians to travel to Riyadh to present the plan to Saudi leaders.

Israel fears that Kerry, who is slated to give a speech Wednesday on the subject, will then lay out his comprehensive vision for two-state solution at a Paris peace conference planned for January. Israel has refused to attend. Israel further fears that this Kerry framework could be enshrined in another UN Security Council resolution.

“We have ironclad information that emanates from sources in the Arab world and that shows the Obama administration helped craft this resolution and pushed hard for its eventual passage,” said David Keyes, spokesman for Prime Minister Benjamin Netanyahu.

Responding to a question about the Al-Youm Al-Sabea report, State Department Spokesman Mark Toner denied that the US discussed the language of the resolution with Erekat or in a meeting with officials from New Zealand.

The Obama administration has denied it was behind the resolution, saying that it only decided not to veto it after reading the final text.

Meanwhile, a report in the daily Haaretz Tuesday cited Western and Israeli officials detailing how Britain, and not the US, worked with the Palestinians to craft the text of the resolution, toning it down to make it palatable enough for Washington to avoid a veto.

“The Israeli diplomats say that from information that reached the Foreign Ministry in Jerusalem, British legal figures and diplomats had been working directly with the Palestinians on the wording of the resolution even before it was distributed by Egypt,” Haaretz said.

According to Haaretz, in the hours before the resolution went forward, Netanyahu phoned New Zealand Foreign Minister Murray McCully, and warned him that going ahead with the resolution “will be a declaration of war.”

To read more of The Times of Israel's article click here.