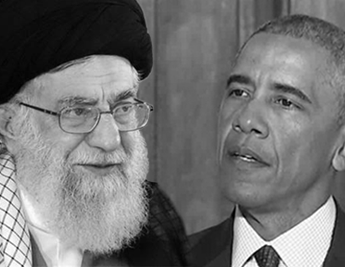 
The Iran Deal: One Year Later

Since the enactment of this deal one year ago, numerous reports say the Iranian government has undermined many of the restrictions that the deal entails.

Germany’s Federal Office for the Protection of the Constitution (equivalent to the FBI in the United States) found in its annual report that Iran made constant "clandestine" efforts to acquire extremely high quantities of illicit nuclear technology and equipment from multiple German companies.

German Chancellor Angela Merkel told the German parliament, "Iran continued unabated to develop its rocket program in conflict with the relevant provisions of the UN Security Council." Basically, Iran blatantly disobeyed UN Security Council resolutions which require Iran to get permission for the purchase of any directly-nuclear-related goods.

The German report also identified over 1,000 members of terror groups affiliated with the Iranian government working inside Germany in support of Iran and other terror-supporting states. The report warned that it is extremely likely that Iran will continue to actively seek nuclear technology.

These efforts by the Iranian government to secretly obtain nuclear technology accompany recent reports that Boeing, the iconic American aerospace company, was posed to make $25 million by selling 80 commercial aircraft to Iran Air. Boeing supported the Iran Deal as it passed through the U.S. legislature, and Iran Air was subsequently removed from a sanctions list as part of the nuclear deal. The Obama administration has voiced support for the aircraft sale in recent weeks despite numerous warnings from Members of Congress who say that the airplanes will undoubtedly be used to provide military support to terrorist groups that have repeatedly threatened the U.S. and its allies. Thankfully, this transaction has been temporarily stopped by Congress with large amounts of bi-partisan support.

It's time for the United States government to realize that a nation whose citizens repeatedly yell "Death to America"  and that has been named the number one state sponsor of radical Islamic terrorism is not a nation that should receive benefits while still seeking nuclear weapons. It is time to get tough on Iran, for the safety of America and the world.