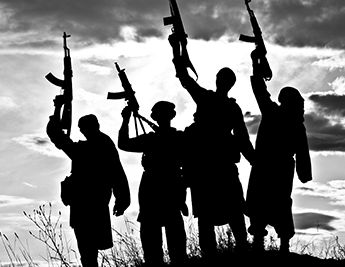 The likely killing of Taliban leader Mullah Akhtar Mohammad Mansur in a U.S. drone strike in southwestern Pakistan has attracted attention to Islamabad and its longstanding covert alliance with the Afghan Taliban.

But less attention is being paid to budding relations between the hard-line Sunni insurgent movement and Iran’s clerical establishment.

A well-placed Afghan source has confirmed to RFE/RL’s Gandhara website that Mansur was targeted on the afternoon of May 21 after returning from Iran earlier that day.

Mansur and his driver were killed on the outskirts of Ahmad Wal town on the main highway connecting Quetta, the capital of Pakistan’s southwestern Balochistan Province, to Iran. Ahmad Wal is nearly 500 kilometers or a five-hour drive from the Taftan border crossing between Pakistan and Iran.

According to Pakistani media reports, one of the passengers killed in the attack bore a Pakistani passport with the name Wali Muhammad. The Afghan source said Muhammad was a pseudonym of Mansur’s. Indeed, the photo on the passport closely resembles Mansur.

Pakistani officials, meanwhile, are investigating the passport and identity of the driver and passenger killed in the drone strike.

Pakistan’s ARY News TV reported that the driver was identified as Muhammad Azam, who used to ferry passengers from Taftan to Quetta in his taxi. The report said Azam’s partially burned remains had been handed over to his relatives on May 22.

Pakistani media reports suggested Pakistani immigration stamps on Muhammad’s passport showed he went into Iran in in late March and returned on May 21.

Islamabad, however, denounced the U.S. drone strike believed to have killed Mansur. A Pakistani foreign office statement on May 22 said the drone strike was a violation of its sovereignty.

The Afghan source said deepening covert cooperation between Tehran and the Afghan Taliban under Mansur seemed to be driven by threats posed by the emergence of the Islamic State (IS) in Afghanistan since early 2015.

“The emergence of IS is the main reason [for their cooperation],” he said. “But Iran has stakes in Afghanistan, and if it can gain some influence over the Taliban, why wouldn’t it?”

The source said Tehran is keen on keeping the Taliban from becoming a close ally of its regional archrival, Saudi Arabia. “Iran’s relations with the Taliban can fit every possible game and strategy for Tehran,” he said.

In recent months, Afghan sources claimed that after capturing large swaths of rural territories in Afghanistan after the end of NATO’s combat mission in 2014, the Taliban have reached out to Iran and Russia to break free from their reliance on Pakistani financing and sanctuaries.

The Taliban’s relations with Islamabad, however, have meanwhile deteriorated. Many were surprised when Sartaj Aziz, a foreign affairs adviser to the Pakistani prime minister, stated in March that Islamabad has some “influence over them [the Taliban] because their leadership is in Pakistan.”

Earlier this month, U.S. senators dubbed Pakistan a “frenemy” and barred U.S. financing for a $700 million deal with Lockheed Martin that would see eight F-16 fighter jets and other equipment sold to Pakistan.

Last week, the House of Representatives passed a defense budget that tied $450 million in aid to Islamabad to a crackdown on the Taliban’s deadly military wing, the Haqqani network.