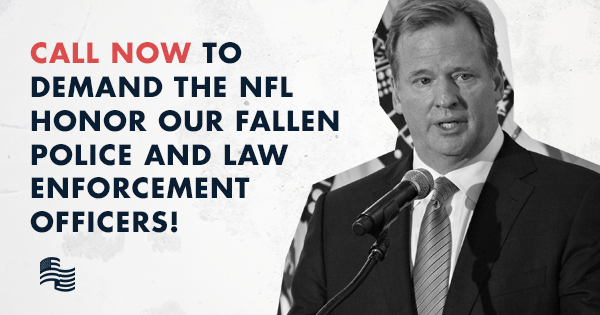 The NFL won’t allow the Dallas Cowboys to wear a helmet decal in support of the Dallas law enforcement officers who were assassinated while on duty on July 8. The five slain officers are Lorne Ahrens, Michael Smith, Michael Krol, Patrick Zamarripa, and Brent Thompson.

The Cowboys placed an Arm in Arm decal on the back of their helmets following a unity ceremony in which Dallas police Chief David Brown, Mayor Mike Rawlings, players, Cowboys staff, and family members of slain police officers walked arm-in-arm onto the field for the opening day of training camp.

NFL league officials told the Cowboys that they cannot wear the decal during any games.

Call the NFL now and demand they allow the Dallas Cowboys honor our law enforcement officers!

For support with your donation, please contact [email protected]