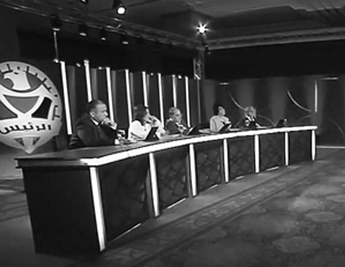 The Palestinian "reality television show" features contestants who “run” for the job of Palestinian president. A Times article reports that “the three finalists all had similar platforms: Boycott Israel. Designate East Jerusalem as the capital of Palestine.”

Later, the Times reports, almost in passing, that the television program “broadcast on the Maan satellite network to large audiences in Gaza, the West Bank and elsewhere in the Arab world — was funded mostly by a State Department grant.”

An NBC news article on the program quoted one of the contestants celebrating the role of women in the “revolution and resistance — they were throwing stones.” The NBC article also included a contestant’s call for a “’right of return,’ or the right for Arabs driven from their communities in 1948 when the State of Israel was established to go back.” Never mind that some of those Arabs left of their own free will or at the urging of neighboring Arab states, or that their “return” would, as a practical matter, be a way of destroying the Jewish state.