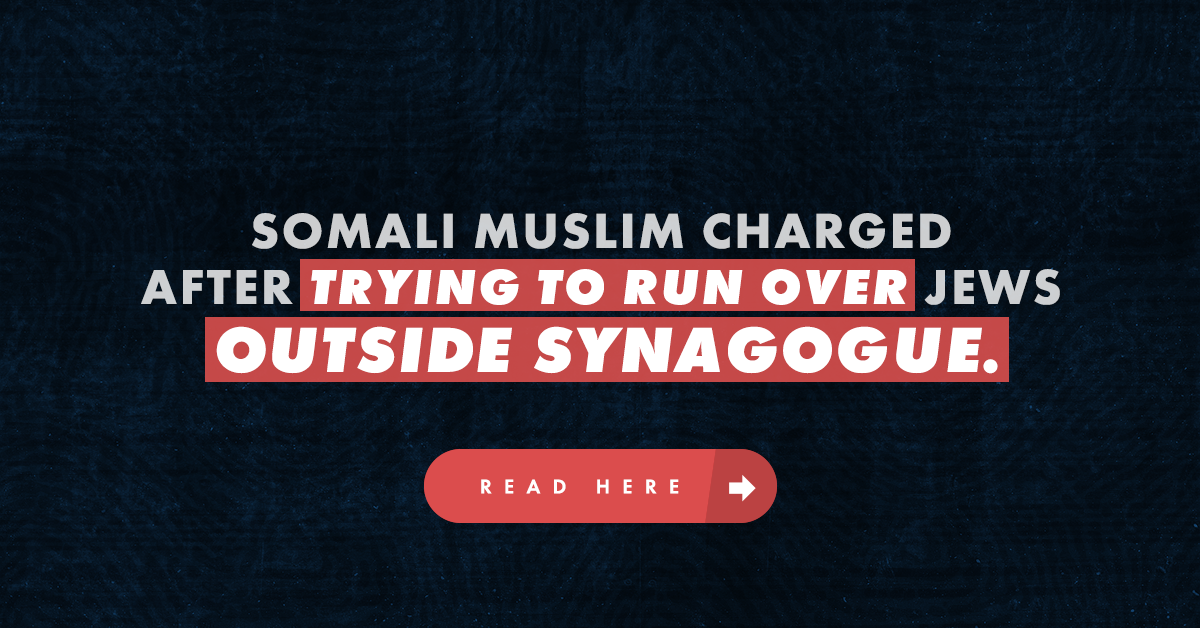 
Somali Muslim Charged After Trying to Run Over Jews Outside Synagogue

A Somali Muslim man was charged with assault with a deadly weapon after allegedly attempting to run over Jews outside a synagogue in Los Angeles on Friday night.

“Los Angeles police are investigating an incident Friday night as a potential hate crime after a Somali man, 32-year-old Mohamed Mohamed Abdi, attempted to run down worshipers standing outside a Hancock Park synagogue,” according to one report.

The report said that Abdi has been charged with assault with a deadly weapon with a “hate crime specification.” He reportedly yelled anti-Semitic slurs, including “f******” Jews!” during his onslaught.

LAPD confirmed the arrest Monday night, saying that “Hate has not home in Los Angeles.”

The victims of the attack were leaving the synagogue at the time of the attack. Adbi then reportedly drove through a stop sign and crashed into an oncoming vehicle, which was caught on home surveillance video. A bystander photographed a Koran on the dashboard of Abdi’s vehicle, according to CBS. No one was seriously injured.