First Lieutenant Bernard L. Jordan enlisted in the Army Air Corps in 1935. During World War II, he was known as “Pappy,” since he was older than most of his fellow glider pilots.

While serving with the 435th Troop Carrier Group in Europe, he made three invasions – Normandy, Holland, and Germany – flying troops and materiel behind the enemy lines in his American-made WACO CG4-A and his British-made Horsa gliders. He landed a jeep crew of the 101st Airborne near St. Mere Eglise, France, on D-Day, and took in a medical crew of the 82nd to Son, near Eindhoven, Holland, in Operation Market Garden.

In March of 1945, he jumped the Rhine River in Operation Varsity, where he and his fellow glider pilots rendezvoused, became the first all-officer infantry company in the history of warfare, and fought with distinction at the Battle of Burp Gun Corner near Wesel. 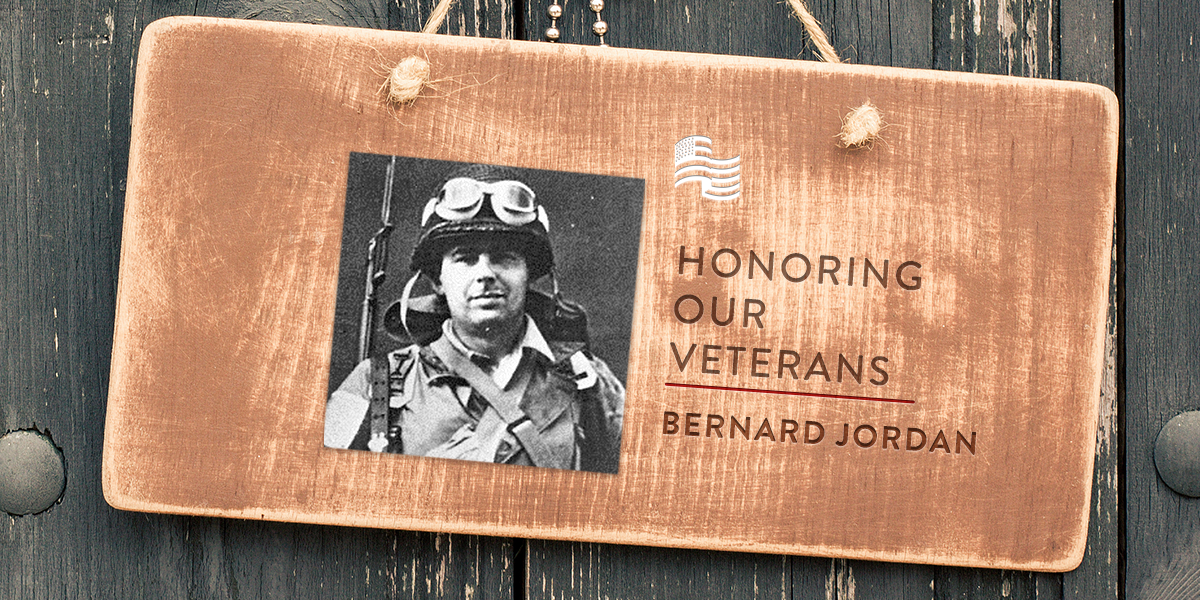 Of all of his many decorations, he was proudest of his glider pilot’s wings – “the ‘G’ stands for ‘Guts.’” We believed that wholeheartedly! After the war, he (now known as “Buck”) reverted voluntarily to the rank of master sergeant. After a 30-year career in the military, he retired honorably, with a “pass in review” at Lowry AFB in 1965.

He died in 1995, a staunch patriot to the end. When the captain in charge of the funeral party from the USAF Academy heard about him, he said, “Career Air Force, with that combat record? You couldn’t keep us away!” Lt. Jordan had his proper send-off, with the flag-draped coffin and the 21-gun salute.

Thank you to Morris Jordan for submitting your father Bernard Jordan to be featured in Secure America Now’s veteran recognition program: Home of the Free - Because of the Brave.