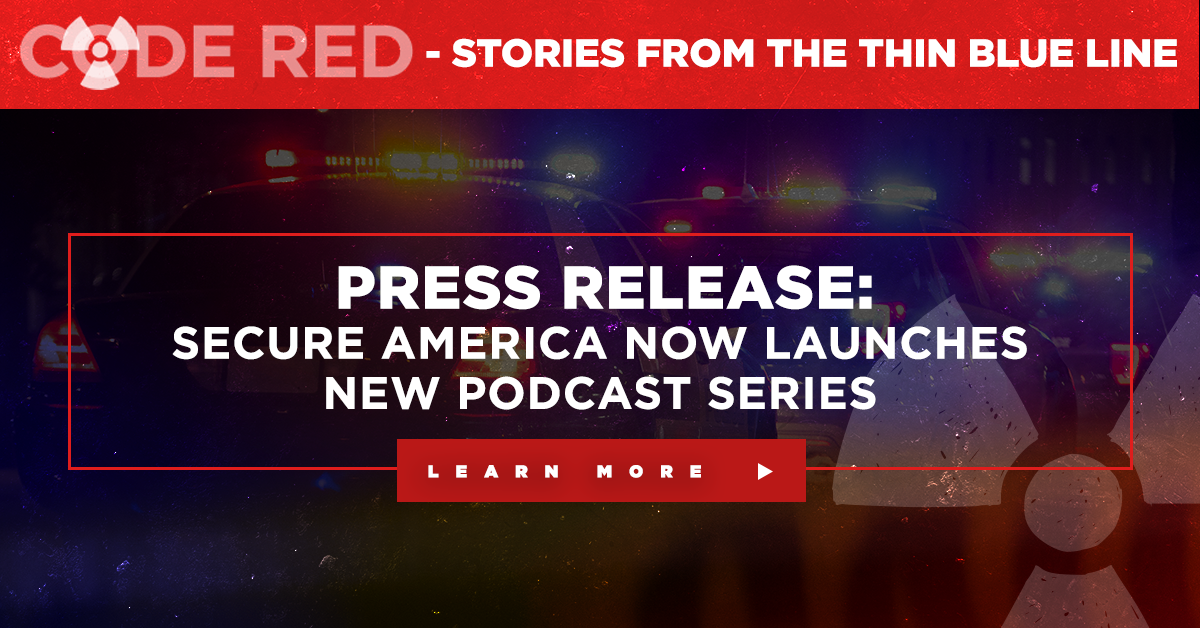 For Immediate Release and Distribution

Secure America Now is proud to announce the release of its new podcast miniseries: Stories from the Thin Blue Line.

The series, designed to take on left-wing anti-police narratives, will feature interviews with both active duty and retired police officers from around the country, highlighting their experiences on the force and the challenges faced by law enforcement officers today.

The first episode, featuring retired Waltham, Massachusetts police officer and SWAT team member Jim Vaglica, is set to be released on Friday, March 5th on Secure America Now’s podcast site: CodeRedPodcast.org. The podcasts will also be released on standard podcast streaming platforms from iTunes to Spotify, and everything in-between.

“Our nation’s police officers are under attack. Left-wing activists and the mainstream media have done everything they can to foment hatred against the very heroes that put their lives on the line to defend us each and every day. The American people must know the truth about our courageous law enforcement heroes who sacrifice so much, and this new podcast series is just one of the ways we hope to accomplish that.” - Allen Roth, President of Secure America Now  and host of the Code Red Podcast

Following the release of the initial episode this Friday, a new episode will be launched each of the following Fridays, featuring an interview with a different Police officer from around the country.

Friday, March 19 - Mike | Mike has been verified as a police officer, but is active duty and has asked to remain anonymous to avoid any potential backlash

Please contact [email protected] for any and all press inquiries.

Click here to listen to the first episode: CodeRedPodcast.org

Thank you for your support of our nation’s police officers and we hope you enjoy the podcast.

With over 4 million members across digital platforms, Secure America Now is the largest national security grassroots army in the country.