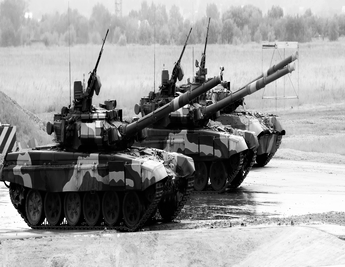 The nascent deal would further cement an alliance between Moscow and Tehran that is likely to prove a major stumbling block for any rapprochement between Vladimir Putin and Donald Trump, who has vowed to rip up a nuclear agreement with Iran that the Kremlin supports.

“These talks are on going, the ground has been prepared, the portfolio amounts to around $10 billion,” Viktor Ozerov, an MP who heads the security and defence committee in the Federation Council, Russia’s upper house, told Russian reporters during a trip to Tehran on Monday.

He gave few details about the order, but said it would include Russia’s mainstay T-90 tank.

The United Nations partially lifted an embargo on sales to Iran following the conclusion of a landmark agreement to limit Tehran’s nuclear capabilities in 2015.

However, until 2020 deliveries of conventional weapons must be approved by the United Nations Security Council, which could present a hurdle to any new contract.

“Obviously the US and its allies will block these deliveries, but we will continue these talks,” Mr Ozerov said.

Click here to read about the deal at The Telegraph here.