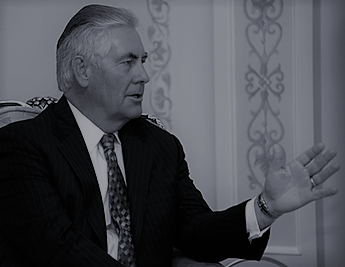 A statement from Mr. Trump’s transition office early Tuesday brought to an end his public and chaotic deliberations over the nation’s top diplomat — a process that at times veered from rewarding Rudolph W. Giuliani, one of his most loyal supporters, to musing about whether Mitt Romney, one of his most outspoken critics, might be forgiven.

Instead, Mr. Trump has decided to risk what looks to be a bruising confirmation fight in the Senate.

In the past several days, Republican and Democratic lawmakers had warned that Mr. Tillerson would face intense scrutiny over his two-decade relationship with Russia, which awarded him its Order of Friendship in 2013, and with Mr. Putin.

The hearings will also put a focus on Exxon Mobil’s business dealings with Moscow. The company has billions of dollars in oil contracts that can go forward only if the United States lifts sanctions against Russia, and Mr. Tillerson’s stake in Russia’s energy industry could create a very blurry line between his interests as an oilman and his role as America’s leading diplomat.

Mr. Tillerson has been publicly skeptical about the sanctions, which have halted some of Exxon Mobil’s biggest projects in Russia, including an agreement with the state oil company to explore and pump in Siberia that could be worth tens of billions of dollars.