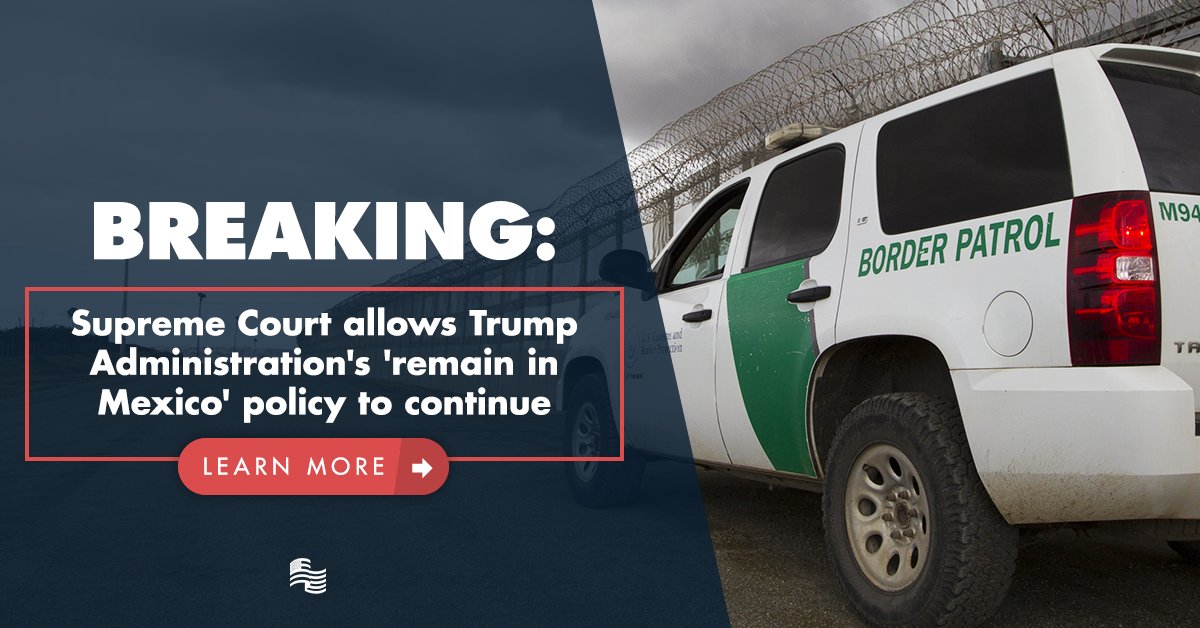 The U.S. Supreme Court delivered a win to President Trump on Wednesday by allowing his administration to enforce the "Remain in Mexico" asylum policy as litigation surrounding it continues.

The Ninth Circuit Court of Appeals had said a week earlier that it would block the policy in Arizona and California, the two border states where its authority extends. The Trump administration then turned to the Supreme Court for relief.

"The application for stay presented to Justice Kagan and by her referred to the Court is granted, and the district court’s April 8, 2019 order granting a preliminary injunction is stayed pending the timely filing and disposition of a petition for a writ of certiorari," the Supreme Court said in an order, which noted that Justice Sonia Sotomayor opposed the Trump administration's stay application.

The high court action came a day before the lower court order was to have taken effect. Instead, the "Remain in Mexico" policy will remain in force while a lawsuit challenging it plays out in the courts.

The Justice Department responded Wednesday by saying the high court's order restores "the government's ability to manage the Southwest border and to work cooperatively with the Mexican government to address illegal immigration."