Freshman Rep. Rashida Tlaib, D-Mich., was photographed with a Palestinian activist who praised the terrorist group Hezbollah, said Israel did not have the right to exist, and has called for Israeli "Zionist terrorist" Jews to return to Poland, where roughly three million Jews were killed during the Holocaust.

Tlaib has been celebrated by Democrats and the media as one of the first Muslim women to be elected to Congress and touted as a testament to the diversity of the freshman class. Though she received a lot of national attention due to the silly controversy over her profane remark about impeaching President Trump, she's quickly compiling a record of promoting anti-Semitism.

Over the weekend, Abbas Hamideh tweeted out of photo of himself with a smiling Tlaib, writing, "I was honored to be at Congresswoman @RashidaTlaib swearing in ceremony in #Detroit and private dinner afterward with the entire family, friends and activists across the country." 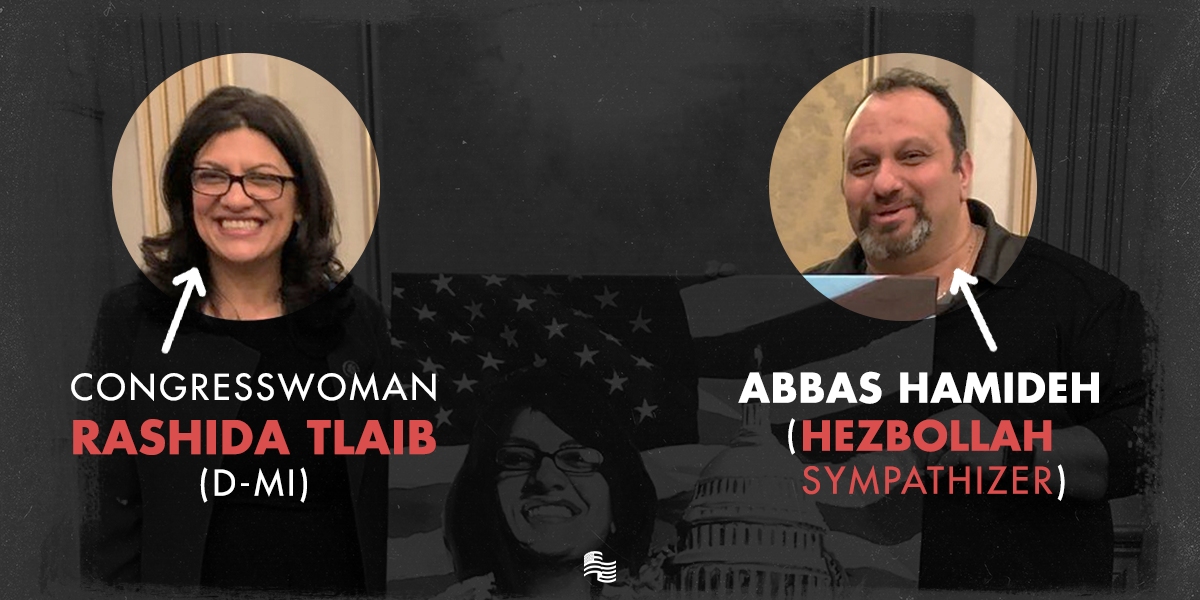