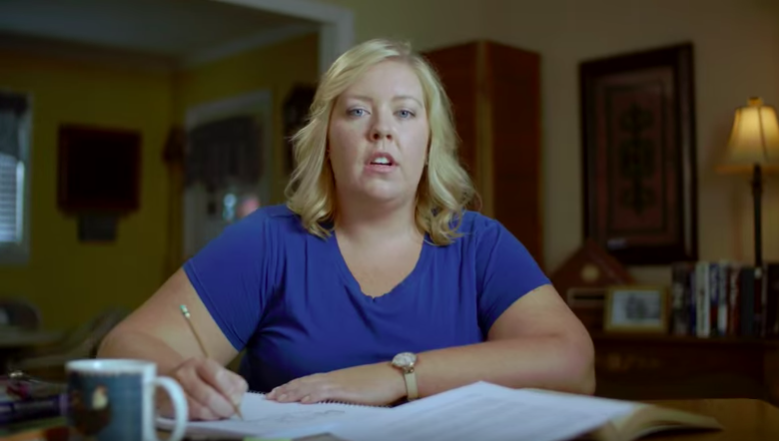 
"Qasem Soleimani took my father from me"

"I hold Qasem Soleimani and the Iranian terrorist regime responsible for the death of my father. I would like for Nancy Pelosi, AOC, or the pundits at CNN to look me in the face when they say that the President wasn’t acting in the interest of the American people by removing Soleimani from the face of the planet. He was certainly acting in the interest of my family and of the 607 others whose loved ones were killed as a result of Soleimani’s efforts in Iraq. How dare you minimize our loss or his evil."

See our new ad with Maria that is running today!

I remember the rush of excitement that filled my body and sent me off the couch into a jumping fit as I re-read the head line “Saddam Hussein has been captured.”  I was 14 years old.   I still remember the crack in my mother’s voice as she whispered across the kitchen table “we got him,” in reference to the attack that killed Abu Musab al-Zarqawi, the then-leader of Al-Qaeda, in 2006. I was 16.  I will never forget the tears of relief that rolled down my face at a dinner party when I received a text message that said “Osama is DEAD!  Check Twitter!”  I was 21 years old.

Just last week I had another one of these out-of-body emotional responses to the death of a known terrorist - Gen. Qasem Soleimani.

This one was even more freeing because for 14 years I have wanted to see and know the face of the bomb maker or the individual that was responsible for the death of my father, LTC. Leon G. James.

He was injured on September 26, 2005 in Al-Rustimayah, Iraq and passed away from his injuries two weeks later.  Two other soldiers died on site that day.  It is still hard to believe how one roadside bomb left three women without their husbands and seven girls without their fathers for the rest of their lives.

That was until I learned more about the specific type of explosive that was detonated.  It’s called an EFP - explosive formed penetrator/projectile.  No doubt you’ve heard a lot about them recently and how extremely deadly they have been to US forces, especially in Iraq.  All of the casualties and injuries the brigade my father was a battalion commander in during their 2005 deployment came from EFPs.  Even in 2005 the Army knew these specific types of explosives were researched and funded by the world’s largest state-sponsor of terrorism, Iran.  Gen. Soleimani is the closest I’ll ever get to seeing someone held personally responsible for this attack.

In the recent days after the missile attack that claimed Gen. Soleimani’s life, talk from political pundits started pouring in from both sides of the aisle.  Now the President’s opponents are calling this attack an assassination. And even worse, they are downplaying its importance and criticizing the President in a moment that should be one of national unity. Chants of “death to America” in Tehran are nothing new, but having Congressional members decry this as an act of war and apologizing for America when we took rightful action against a murderous terrorist is almost too much to bear.

When I hear the ‘yeah he was a bad guy, but it wasn’t worth it’ style remarks coming from Democratic presidential candidates and Congressional members who are worried about escalation they’re playing distraction politics - which is what they’re claiming the President is doing.  I do my best to never take these remarks personally but for 14 years it’s felt very personal when anyone downplays the killing of a major terrorist leader or the other successes of our military personnel abroad.

I hold Qasem Soleimani and the Iranian terrorist regime responsible for the death of my father. I would like for Nancy Pelosi, AOC, or the pundits at CNN to look me in the face when they say that the President wasn’t acting in the interest of the American people by removing Soleimani from the face of the planet. He was certainly acting in the interest of my family and of the 607 others whose loved ones were killed as a result of Soleimani’s efforts in Iraq. How dare you minimize our loss or his evil.

The President’s authority to authorize this type of attack was clear and Constitutional.  The might of the US military is the President’s spear.  This spear may be wielded as a deterrent force, as an aggressor, or as a peacemaker. In this instance he wielded as a response that we will not allow the loss of American life to come without a cost – and that cost will be severe.

I had the opportunity in 2015 to share my family’s loss and its direct ties to Iran in a featured commercial opposing the Iran Deal through the help of Secure America Now.  This organization uses their massive digital platform to advocate for strong national security and raise awareness for the biggest issues facing American safety and sovereignty. They were on the forefront of advocating against the Iran deal because of the danger it presented to American safety – danger we have seen play out before our eyes in the days since.

Despite the Obama administration’s appeasement of Iran, the chants of “Death to America,” and the constant assault against our troops from groups linked to and funded by Iran continued. Only now they were using the money we gave them access to – to do it! In recent months, these acts had grown in frequency and boldness leading up to the attack on the U.S. embassy in Iraq – reminiscent of the 1979 attack in Tehran.  Enough was enough.

I will never jump recklessly to advocate for unnecessary overseas interventions that inevitably lead to more lives lost, but I will be the first person to stand up and defend our President when he is acting in defense of our brave diplomats and soldiers.  I will always be unapologetically - America first.

“Maria James lives is a graduate of Purdue, University and lives in Indianapolis, Indiana. Her father, LTC. Leon G. James II - (battalion commander) was one of the highest ranking US military officer to die in the Iraq war. Since his death, Maria has dedicated her studies and passion to protecting Gold Star families and supporting military service members.”