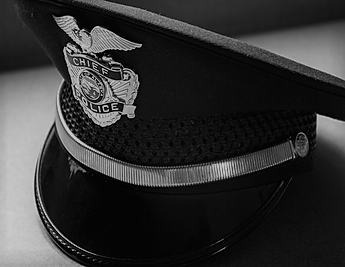 “The first thing, and something Mr. Trump has already done well, is use the bully pulpit to improve the perception of police officers,” said James Pasco, executive director of the National Fraternal Order of Police.

Under the Obama administration, law enforcement leaders say their officers have felt unfairly characterized as villains amid the movement for policing reform and have become targets for hostility.

“We welcome a reset button,” said Ron Hosko, president of the Law Enforcement Legal Defense Fund and a former assistant director of the FBI.

When law enforcement now uses deadly force against civilians, there is too often a rush to judgment that condemns officers for their actions even before all the facts are known, said National Sheriff’s Association President Greg Champagne.

“The criminal justice system is not an instantaneous process. It takes time to work,” he said. “All we ask is don’t condemn.”

Mr. Champagne hopes that under the Trump administration, there will be stronger support for law enforcement and a recognition of the tough decisions that officers and deputies have to make every day.

Mr. Trump’s nomination of Alabama Sen. Jeff Sessions for attorney general already is well regarded among law enforcement groups. Bill Johnson, executive director of the National Association of Police Organizations, said his group will be looking for strong allies within the Justice Department.

“Whoever is in charge of the Civil Rights Division, they must have close and trusted relationships with police officers and agencies,” he said. “The Obama administration failed miserably in that regard.”

Mr. Pasco said the FOP already has spoken preliminarily with the Trump transition team and hopes to sit down in coming weeks to flesh out priorities.

“I’m not going to hold the president-elect to a laundry list of legislative bills or positions,” he said. “But we would like to see a greater level of federal participation in underwriting costs of policing at state and local levels.”

Beyond tamping down what police believe has been hostile rhetoric, departments are encouraging the Trump administration to back changes that will allow them to better arm themselves, expand access to training and increase penalties for those who attack officers.